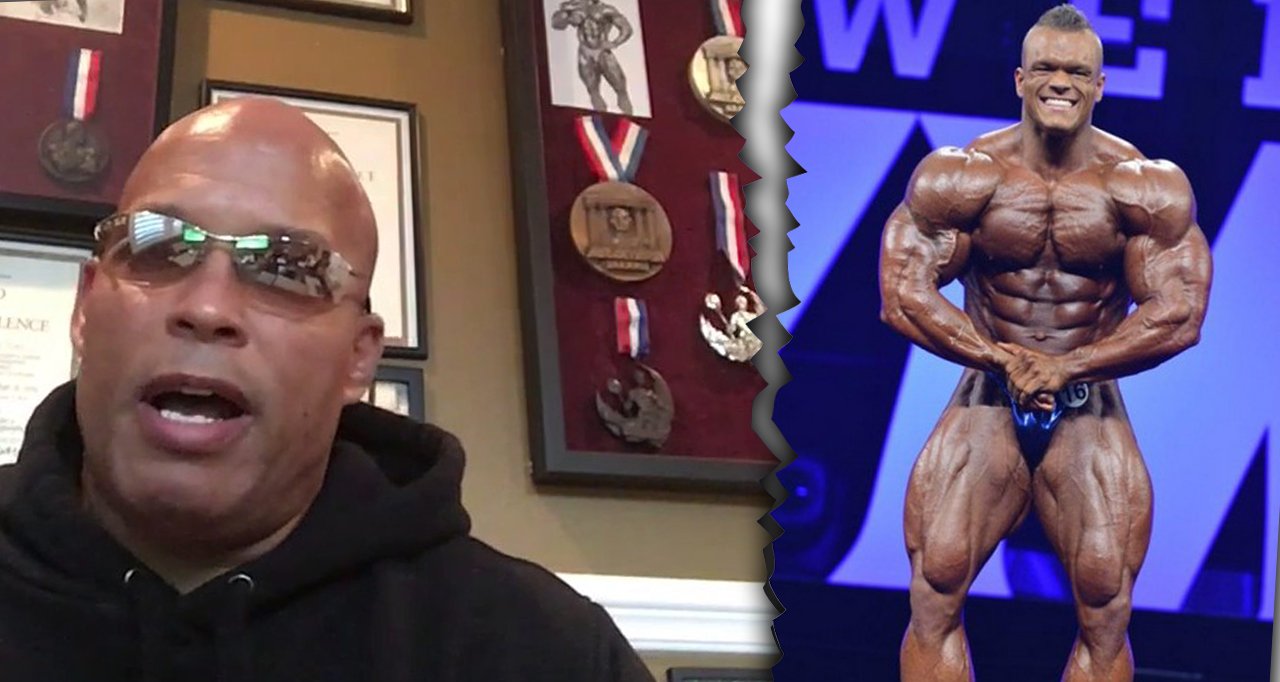 The war of words between Shawn Ray and Dallas McCarver looks to be hitting a new level.

Evolutionofbodybuilding.net has been following this story very closely for the past couple of days.

Well after a couple of days of silence, Dallas McCarver responds to Shawn Ray’s accusations in a very long post of his official Facebook page.

Be sure to expect another response from Shawn Ray via his video blog on Muscular Development.

Christian Duque of www.strengthaddicts.com also had something to say on this matter.


This is what Dallas McCarver had to say:

So I wasn’t going to do this because frankly he will benefit way more from his name being in my mouth than I ever would the other way around BUT here we go….

I’ve got so many questions regarding Shawn Ray and his recent hard on for “critiquing” me as he would call it. So I’m guna break down a few really clear and simple reasons this guy can’t seem to leave me alone…

1. He’s clearly struggling with the fact that he’s completely irrelevant in the fitness and bodybuilding world. He needs something ANYTHING to draw attention to himself, and I’m just the most recent topic for him to give his two cents on.

2. If you’ve followed Ray or know him in any way you’ll likely RARELY ever him him complement ANYONE especially a big white body builder. This is clearly a result from years of consistent ass whopping from the great Dorian Yates. He complained and moaned his entire career about these beat downs and CLEARLY is still very butt hurt about it.

3. Shawn also took years of whoopings from Chad Nicholls clients which he also moaned about for the majority of his career… again still CLEARLY butt hurt about that too!

4. As anyone knows he was born with a silver spoon in mouth to a well off family and has had a relatively easy life… we in the REAL WORLD call this silver spoon syndrome. This is an extreme internal insecurity that stems from years of being out performed and out done by those who started with significantly less than him. In the mind of these people they can not conceive that they are just simply being out worked or just simply aren’t good enough. That’s because their entire life they’ve grown up entitled and pampered! Thus, when things don’t go their way they are forced to accept failure, WHICH is a huge part of life to most of us normal folks. This causes the individual (in this case Shawn) to develop a horrible inner insecurity that can only be satisfied in their mind by the putting down of others. We all know these people…. it’s just a sad part of the world we live in.

5. Shawn used to be a GREAT bodybuilder BUT he never got what he wanted (TheO). Now he’s forced to live in a fading body that is no longer capable of fulfilling his dreams. This greatly increases the previous points 2-4.

6. Shawn didn’t grow up in the real world where you can’t run your mouth consequence free. Where I come from such biased one sided “reporting” as in this case and MANY others I’ve seen him give his two cents on would earn you a good ole concrete facial! While I do believe Shawn ray needs a good beat down as much as anyone I’ve ever met this is NOT A THREAT.

Another great example of ALL of this insecurity is
Calling out one of the greatest to ever do it from the stage Saturday talking smack to the great Dexter Jackson I front of an entire crowd of people!? Totally uncalled for and just another insecure desperate attempt to remain relevant and important in an industry slowly forgetting him and pushing him out.

In conclusion… until the recent twisting of my current situations, words, and miss fortunes I’ve never had an issue with Shawn. I idolized Shawn, looked up to him greatly… but sadly that time has passed. Now I just simply see a bitter old man, despised by an industry which he once was loved by. Now was Shawn correct regarding my posing for manion yes! However he didn’t even bother to get a full story, he also didn’t bother to report the fact that my situation was greatly improved at the Arnold! Words straight out of the head judge AND Mr. Manion’s mouth. As for our conversation back stage previous to the Arnold AU it was also twisted as to only be negative and bitter As is his apparent style or “reporting”. Then there’s the comments made regarding Chad and my unfortunate events on stage Saturday. Now unless Chad has a machine to give me bronchitis (damn near pneumonia) I don’t see how it’s his fault or my fault for that matter. The only thing either of us did wrong was allow me to compete in a condition too sick for stage. It was nothing more than the fluid in my lungs depriving the brain of Oxygen… we all know the results of a brain and body without oxygen so let’s be smart here. All that being said if Shawn ray wants to be a reporter of the industry he needs to learn to swallow his pride and ego and report the facts ALL OF THEM! Not the facts that he finds convenient mending his insecurities and bitterness stemming to a career long gone.

I hate to be this way guys but enough is enough… we as an industry pride ourselves on not being judgmental and bullies so I’ve had about enough this one sided bitter “reporting”!

At the end of the day he can bash me, dog me, “critique and report” me all he wants BUT he ain’t gunna steal my shine. I’m internally happy and LOVE MY LIFE… Something he’s clearly missing.