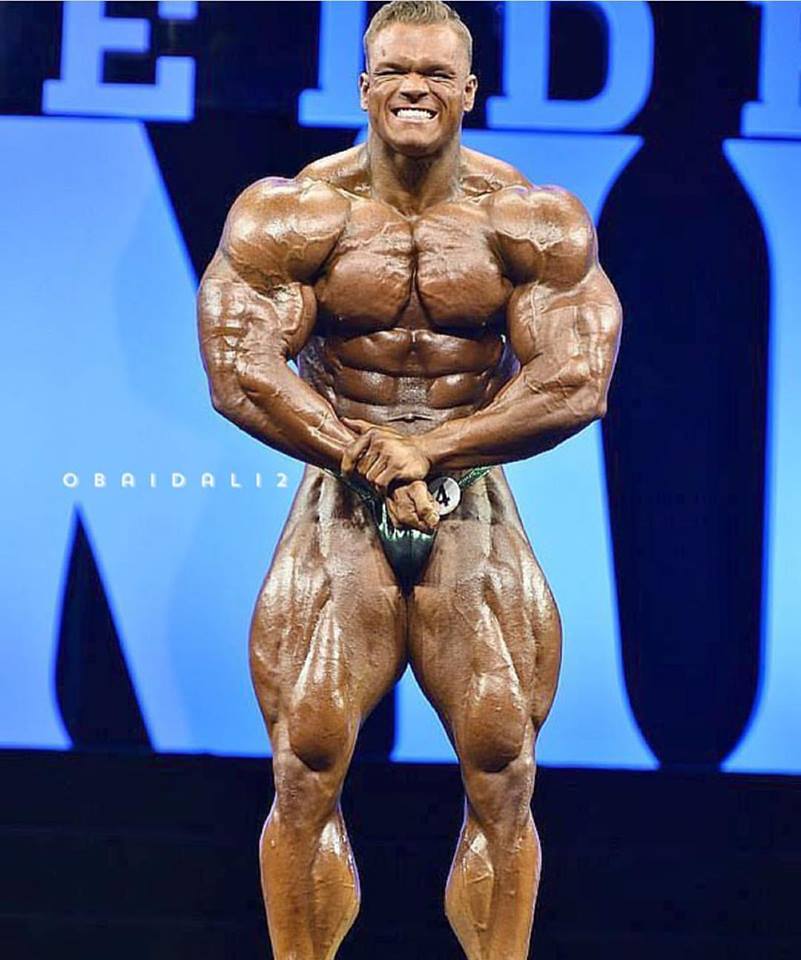 Dallas announced on his official Facebook page that he will be working Chad Nicholls for the upcoming 2017 Arnold Classic.

Dallas was previously working with Matt Jansen and on his post, McCarver made it a point that he still regards Matt as family.

Everybody bodybuilder wants to be the best he can be and if Dallas thinks he is doing the right thing, he is the only one that can judge his own opinion.

McCarver has been picked by many to be a contender even for the Mr. Olympia in the coming years and if anybody can get him there it will be Chad.

This is what Dallas had to say in his own words:

Seems to be a good bit of questions regarding my decision to work with Chad Nicholls for the upcoming Arnold Classic. So I just wanted to take a moment and clear the air on several things….

1. This decision came from No and I mean NO negative feelings towards Matt or his abilities as an athlete or coach. He has never done anything but be an amazing and supportive friend and what I truly consider family, and if I have it my way as far as I’m concerned he will remain one of my closest friends / family.

2. Contrary to what some of you may believe this choice had NOTHING to do with my position at Redcon1 or Aaron Singerman . The only part Aaron had in this whole situation was when I told him I’d like to speak with Chad he put the two of us in contact.

3. This is simply a decision based on me wanting to make sure I’m doing everything within my power to be the absolute best I can be. Chad has clearly worked with some of the biggest names ever to do this. The way I see it instead of constantly guessing at how some of the best to ever do it did it, why not just go straight to the source who clearly knows.

4. This has nothing to do with loyalty or showing appreciation for everything Matt has done for me as I’ve been nothing but grateful and appreciative the last year and a half or so. Yes, it’s been a difficult decision but at the end of the day I’ve got to do what I believe puts me in the best position to fulfill my dreams! Anyone who truly knows me understands that being my one and only motivation for my choices in these matters. 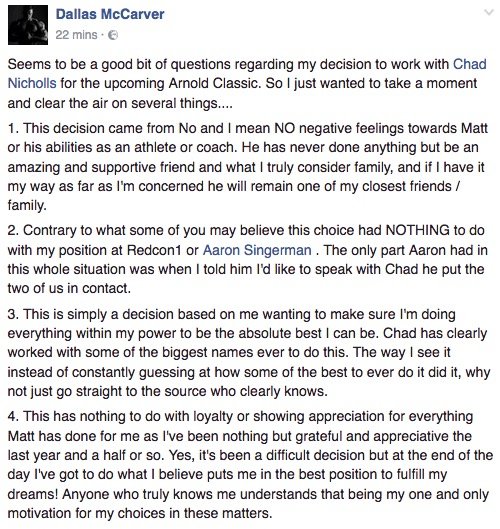