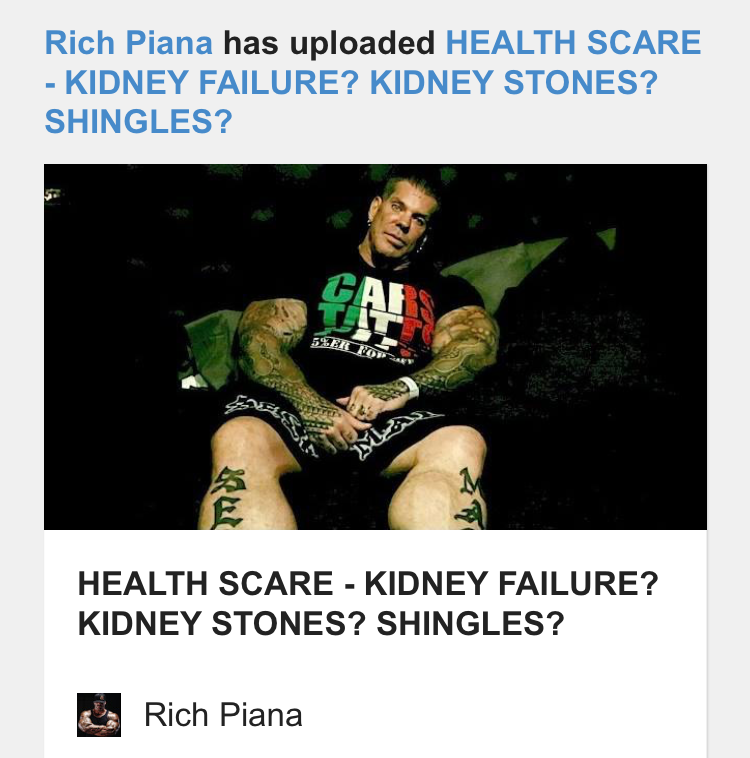 The title of the video is: Health Scare – Kidney Failure? Kidney Stones? or Shingles?

The photo you are seeing at the beginning of the article is the mailshot that subscribers receive by email every time Rich has an update on Youtube.

Rich has been putting himself through some heavy workouts in the past few months. On top of that he was eating large amounts of food and as well taking other substances that he documented on his official Youtube channel.

In the meantime he openly told all his fans that he had some issues with skin cancer, but according to Rich, it was taken care off.

Hopefully it is nothing major and he will be back to normal entertaining his millions of fans around the world.