The National Physique Committee of the U.S.A., Inc. and the IFBB put out a press release that everybody was expecting.

They published a letter stating that they have no affiliation with NPC Global.

Highly respected judge, Mr. Olympia and IFBB judge Lee Thompson has decided to break away from the IFBB and NPC to start his own federation called NPC Global.

The break up could be closely linked with the Kai Greene controversy.

Last year, the Mr. Olympia had much controversy during the Athlete Meeting and the Athletes press conference, but this year it seems the controversy is on the outside.

The way we see it

Many federations have been created after a fall out with the IFBB in the past and they will continue to pop up. But there is only one Mr. Olympia competition. Nothing can replace the Sandow trophy. If you want to be the best, you have to strive to be at the Mr. Olympia.

Many might not place in the Mr. Olympia, some might come close but never win, but at the end of the day, when their career is over… they can say they walked n the Olympia stage and fought for that precious title!! 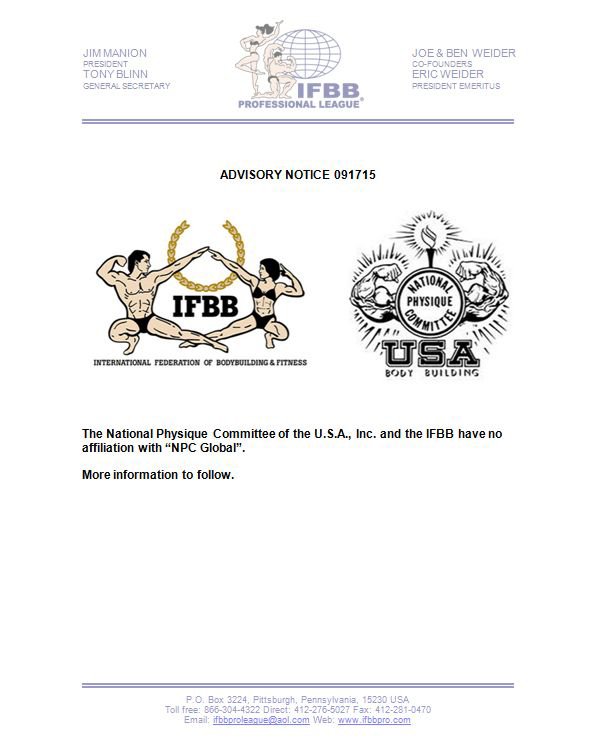