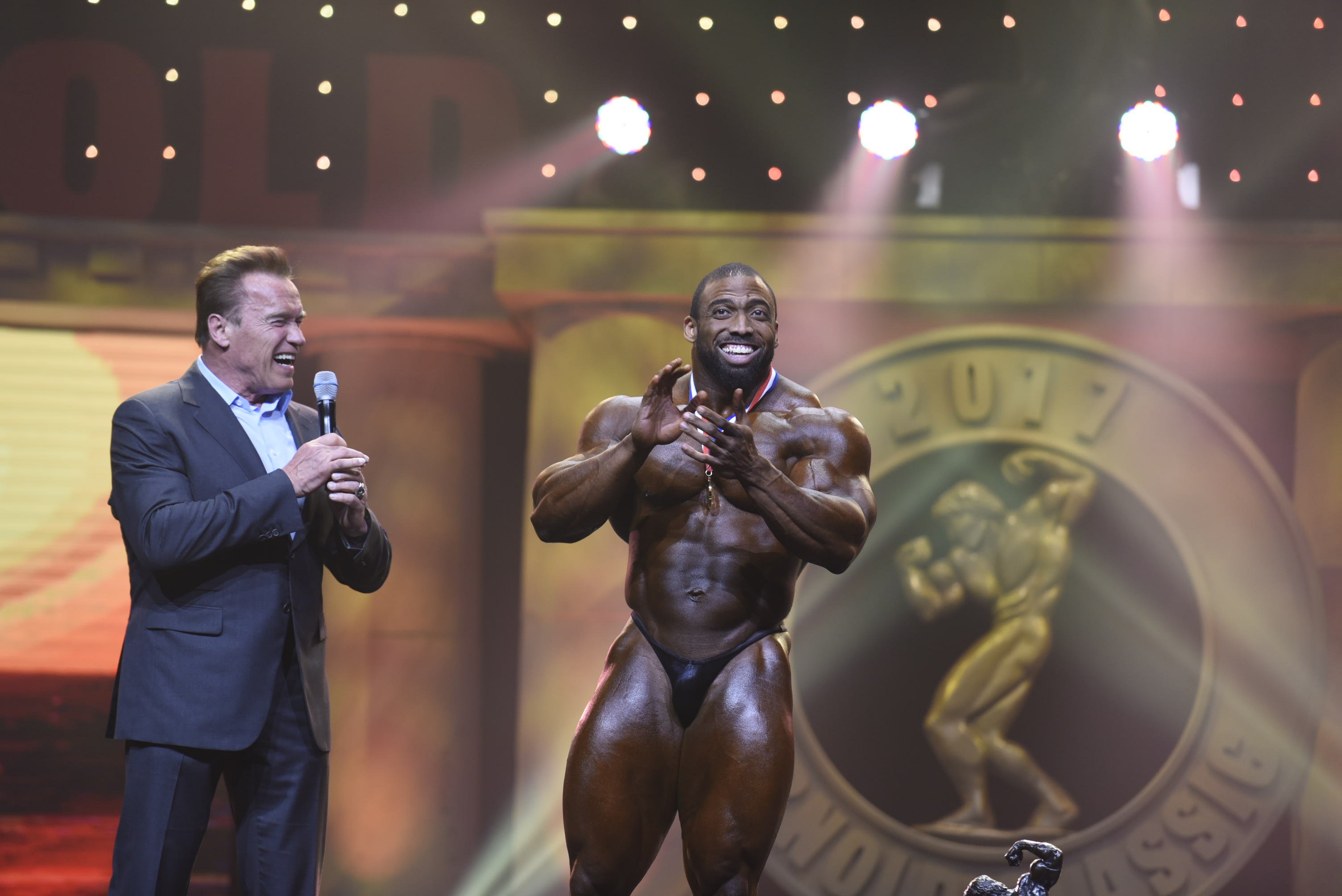 The competitors invite list is finally out for the 2018 Arnold Classic USA.

Focusing on the bodybuilding side of things, the 2018 edition looks to be very exciting with the fantastic line-up of stars.

Cedric McMillan will be back to defend his 2017 title. Already qualified for the 2018 Mr. Olympia, Cedric will want to show the world that he does have what it takes to win the show and make good on his poor placing at the 2017 Olympia.

Dennis Wolf will be making a return to the stage after a long layoff. Dennis Wolf had to have surgery on his neck and this kept him out of the game for a long stretch of time. In reality, even though he is a former winner, If Dennis places in the top five, it will be a great accomplishment for a comeback after a injury.

The man that has won the most Arnold Classic titles will be back as well. Dexter Jackson has his name in the pot as well. The legend of the sport cannot be overlooked as he can still easily take the victory if he comes at his best condition.

William Bonac will be a dangerous competitor. Placing third at the 2017 Mr. Olympia makes William a firm favorite to wrestle the title away from Cedric McMillan. William packs some great size on his small frame and its very hard to find anything wrong with him. Some are still arguing that he could have easily placed second at the 2017 Olympia.

The surprise name on the list is Hidetada Yamagishi. Hidetada will be moving up to the open class. In 2016 Hidetada took the win in the 212 class and then placed a dismal sixth.

When many thought Hidetada’s career could be over, the 2016 winner teamed up with his former trainer and mentor Milos Sarcev.

Social Media has been alive with great training footage of Hidetada with Milos. Hidetada trained with Milos in the beginning of his career and decided to team up again with the ‘Mind’. Milos has managed to move back to the USA and we will surely see him team up with a number of top level athletes in the near future.

Shawn Rhoden would love to win the Arnold title as well. A consistent top two athlete at the Olympia, has slipped a bit in the previous year. Shawn has the goods to lift the Olympia and Arnold Classic title, but he just needs to step on stage at 100%. Shawn Rhoden has a physique that is very pleasing to the eye and if he can just come in a bit dryer he can easily take the Arnold Classic title home.

Finally we must not forget Roelly Winklaar. Roelly is massive and is a fan favorite. When he steps on stage the audience lights up. Nobody can match his thickness and the size of his arms. Roelly can easily crack the top five if he comes in with the freaky grainy look that we are used to.

A number of other top athletes need to impress as well at this show to try to get their Olympia qualification out of the way such as Lionel Beyeke, Maxx Charles, Jonathan De La Rosa, Steve Kuclo and Josh Lenartowicz.