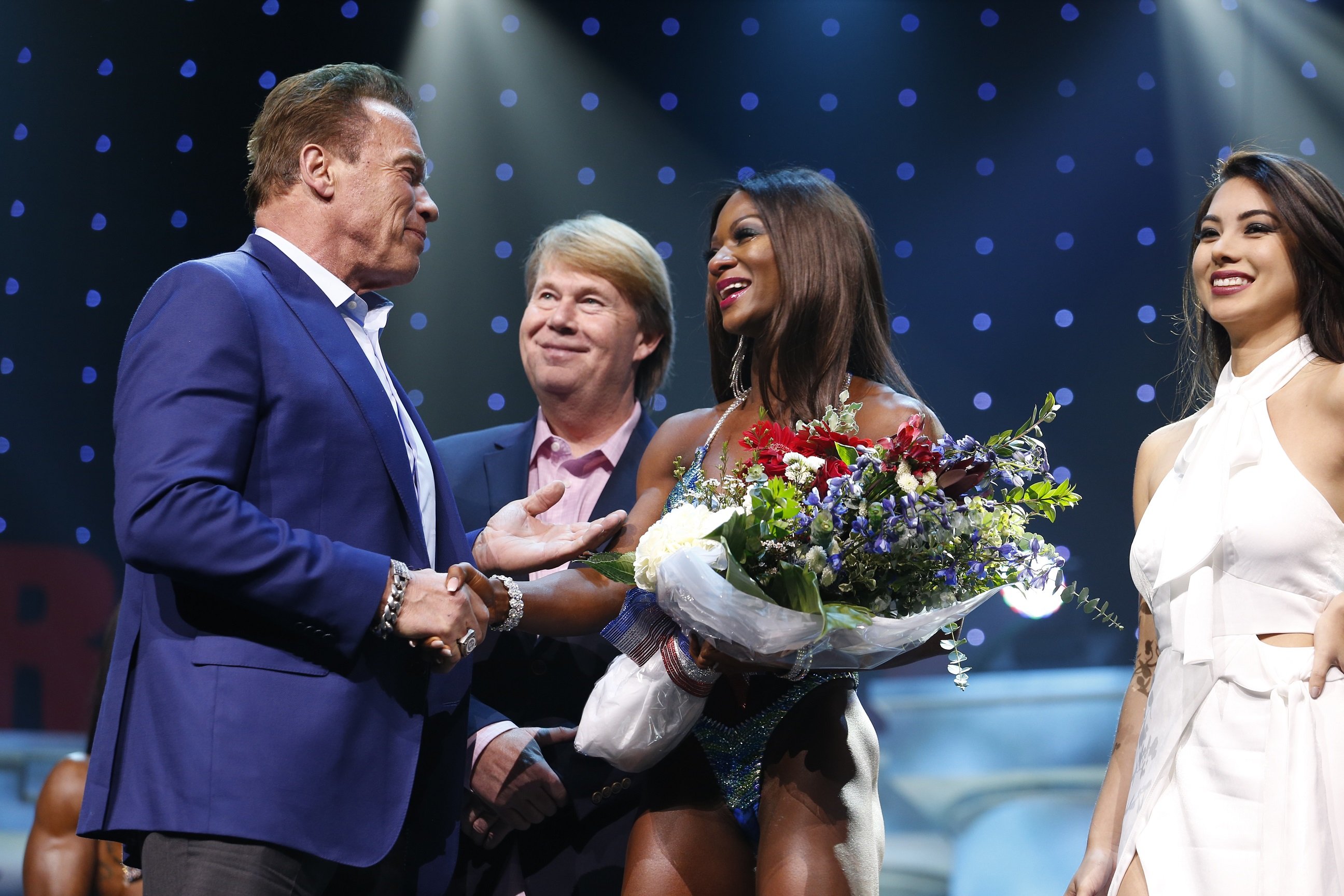 Candice Lewis-Carter of Chandler, Arizona earned the biggest victory of her career when she won the prestigious Figure International for the first time. Cydney Gillon of Atlanta, Ga., was second for the second straight year. Lewis-Carter received the champion’s trophy from Arnold Schwarzenegger and $16,000, a Tony Nowak Official Champions Jackets and congratulations from Optimum Nutrition and Midway Labs USA. 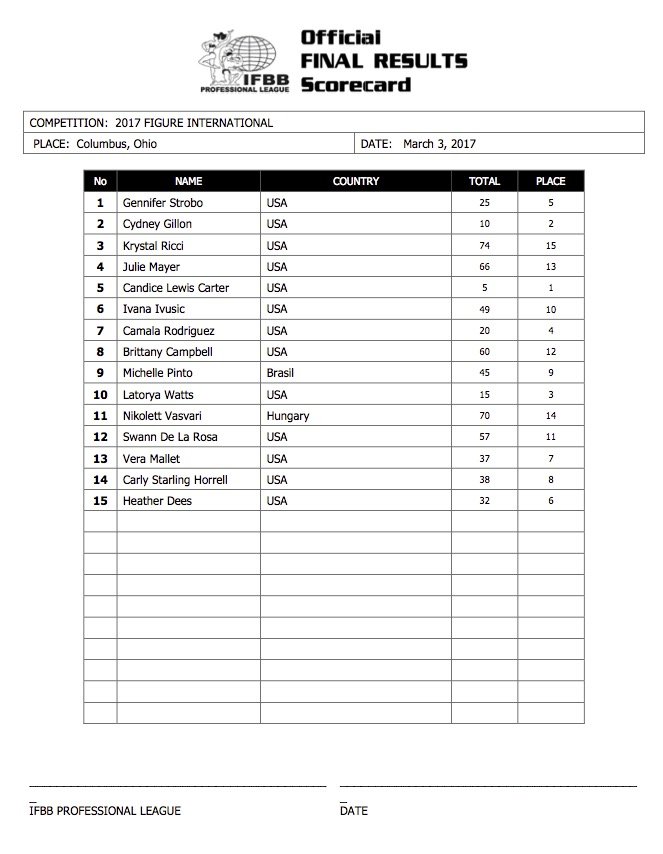