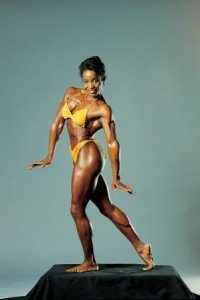 Coming to bodybuilding in 1979 by way of synchronized swimming, Carla placed 5th in the 1979 Best in the World contest held in Philadelphia, Pennsylvania.

By 1981, Dunlap had won the American Women’s Championships, and she successfully defended the title in 1982; that same year she lost the IFBB Ms. Olympia title by just two points to Rachel McLish. In 1983, Dunlap experienced a unique triple-winning run.

She won the IFBB Pro Worlds, followed that up with a stunning win at the IFBB Ms. Olympia and, in December, completed the hat-trick by winning the Caesar’s World Cup.

A leading spokeswoman for bodybuilding over the years, Carla went on to compete in a total of seven IFBB Ms. Olympia contests and, to this day, is the only woman to have competed in the decades of the ‘70s, ‘80s and ‘90s. Carla’s last contest was the 1993 IFBB Ms. International. She remains one of the sport’s most highly respected individuals.

Carla Dunlap, perhaps more than any other, embodied the spirit of what women could accomplish in a sport previously thought of as an exclusively male domain.

Away from the contest stage, Dunlap appeared in the bodybuilding documentaries Women Of Iron (1984, with fellow competitor Deborah Diana) and Pumping Iron II:

The Women (1985). She was selected by ABC to represent women’s bodybuilding in the women’s Superstars competition in 1984, where she finished seventh in a field of eleven competitors. Dunlap was a regular on ESPN’s BodyShaping series from 1990 to 1995. 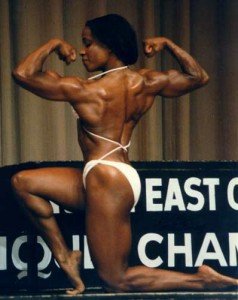