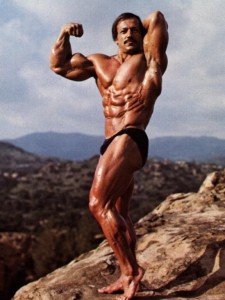 Casey Viator was born on September 4, 1951 in Lafayette, Louisiana was the youngest ever AAU Mr. America – gaining the title at the age of 19 in 1971.
Casey passed away on his birthday – September 4, 2013.
Casey is one of those bodybuilders that had the privilege to compete in what many call the Golden era of bodybuilding.

Viator grew up in New Iberia, Louisiana. In 1968, Viator placed third in the Mr. Louisiana contest. The following year, he came in sixth in the 1969 Teen Mr. America, but won in the categories best arms, best abs and most muscular. Casey Viator had extremely large forearms proportional to the rest of his body.

He trained under the guidance of Arthur Jones for ten months prior to the Mr. America contest at DeLand High School in DeLand, Florida. The two first met briefly at the 1970 Mr. America contest in Los Angeles, California, where Viator placed third. Realizing Viator’s potential, Jones offered Viator a job at his new company, the Nautilus Group.

All in the same year, Viator won three separate bodybuilding championships; Teen Age Mr. America, Jr. Mister America, and lastly, the title of Mr. America. In 1982 he capped off his bodybuilding career by placing third in the Mr. Olympia competition.

Today, Viator is a writer for Muscle & Fitness and Flex magazines. 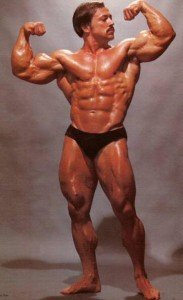