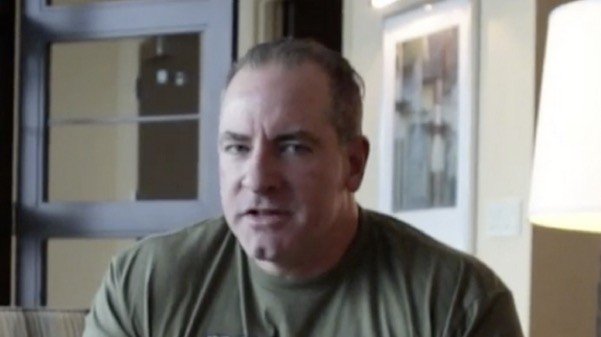 Chad Nicholls has been around the bodybuilding and fitness industry for a long time now. He has had a number of champions under his watch that have been very very successful as we all know.

Chad Nicholls is loved by many and also has his doubters on the way he works. But saying this, it cannot be denied that he has vast knowledge about contest prep.

Today, Chad listed a number of points explaining in detail what he expects to see from an athlete during his or her contest prep leading up to a show such as the Olympia weekend.

Referring to some of the photos a number of athletes are showing seven weeks out from the big show, these are five points that Chad believes every athlete should look out for:

Can you really see the whole picture? At this point, most of the guys are half way through their Mr. Olympia preps. It’s a make or break time for everyone. They are beginning to see the big picture of what the off season produced and they are at a point where things become interesting because the diet mentally and physically is beginning to take its toll. Regarding condition, they need to be at a certain place because it’s time to switch gears supplementation wise to take the body to a “magical” place. This is the time where dreams and fantasies are still “real life” possibilities in most of the athletes’ minds. The thought of being the last man standing is still attainable and still conceivable. The question is, what do you look for at this stage and what do you need to see at this point? There are a lot of seven week out pics of the top contenders that have been made public – or some not so public. Some are legit – some are just “smoke and mirrors”.

Here is a breakdown of a few of the things I needed to see at the half way mark:

1) I want to see EVEN conditioning from top to bottom, front to back. Or are certain body parts leaning out faster than others. Now, everyone has a certain part that leans out more quickly than other body parts, but overall – there should be a pretty even balance of conditioning. Depending on how your body responds to this tells you if your body was in balance in the off season or if it was out of balance. Does one body part stand out drastically more than the other or do you have a tremendous amount of body fat in one or two areas of the body? These are red flags that your off season was not as productive as you thought – BALANCE is key here.
2) The Chest – One of the first progress pics an athlete will show you. He’ll go in for a killer chest workout and the next thing you know – he’s hitting the most muscular. The question is at the half way point, what does the chest conditioning look like? The perfect case scenario is that the skin is “thinning” and you can see the detail and separation clear across the chest. However, many athletes start from the inside of the chest and work their way out – so you have to determine how the athlete progresses. If the detail through the chest isn’t clearly to the middle of the chest at this juncture in time, there’s a problem.
3) Quads – This is a tricky one because legs are the one area that, on a male, will have a tendency to stay leaner than the rest of the body. Again, it goes with item number one – “Balance”, but quads can be confusing because you will be blinded by conditioning and only conditioning. However, there is something more important at this stage of the game when looking at the quads – and that’s SEPARATION!!!!! At the half way mark – you had better begin to see the skin on your quads suck into the separations. The conditioning will come later, but separation will NOT! If at the half way point the skin is laying over the separation, you can bet that in 6 weeks that separation will be an issue. One of the best things a trainer can see at this point in time is the skin beginning to pull into the quad separations.
4) The BACKSIDE – At this moment in time, the glutes had better be small. On many of the guys the glutes are the last thing to come in – they should be small and the fat should be gone – at this point: It shouldn’t be a FAT ASS, but a PHAT ASS! LOL – If the glutes are holding – especially up high and if there’s fat on the sides of your posing trunks or underwear at this time – you are going to struggle to have peeled glutes – that’s just the way it is. This half way stage is very critical that the body fat is at least LOW if you are looking to have peeled glutes – because you still need to bring out all the intricate detail and allow time for the skin to tighten back up on the glutes. They don’t have to be shredded at this time, but they should be small compared to what you are used to!
5) One of the last key points I look at – UPPER BACK DETAIL: This is a simple one. Where is the body fat sitting in the upper back? This was one of the things I looked at in my athletes – I wanted the body fat in the upper back to be moderately low at this point – I wanted the skin to start thinning – this gave me a very good idea of how the body was transitioning. If the body fat was low on the upper back at this time, then I knew that we were heading in the right direction – especially if everything else was on target. Upper back is something that many fail to monitor as they are more concerned with other areas, but the upper back will give you a very good picture of how everything is falling into place.

That’s just five key points, of the many, that I studied during this stage of a prep, on an athlete’s physique. Obviously every athlete is different and there will be competitors that some of these topics don’t apply to or a different approach may work better – but this will at least give you an idea of a few things to look for when the best in the world start dropping progress pics. Take those 5 points and really LOOK at the picture – STUDY it – and then determine at this stage have they showed you something truly amazing or just smoke and mirrors?