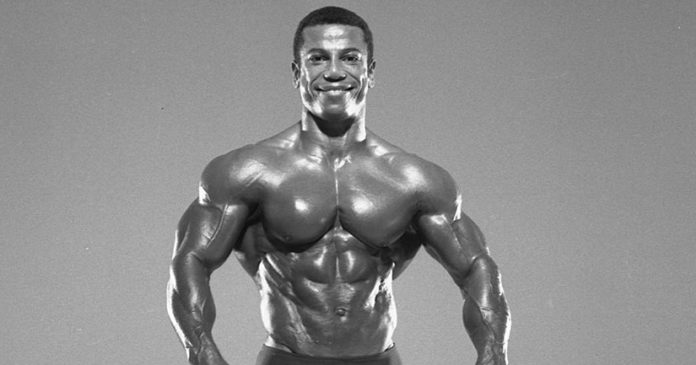 Dickerson was born to Mahala Ashley Dickerson as the youngest of triplets. He studied music and is an accomplished opera singer in addition to his career in athletics.
hris Dickerson’s career spanned 30 years and included approximately 50 contests. Over the decades, he built a dense and symmetrical physique augmented by a dramatic style of posing. Dickerson earned third place at the 1965 Mr. Long Beach (California), his first contest; he placed fourth at the 1994 IFBB Masters Olympia, his last contest.

Two particular achievements stand out in Dickerson’s long career: in 1970, he became the first black AAU Mr. America, and by winning the IFBB Mr. Olympia in 1982, at age 43, he became the most senior winner of the sport’s most prestigious contest.

Dickerson won the Mr. Olympia once (1982), a distinction he shares with Samir Bannout (1983) and Dexter Jackson (2008).
Aiding Dickerson throughout his career was 1999 Hall of Famer Bill Pearl. In addition to the 1982 IFBB Mr. Olympia, Dickerson won nine other IFBB pro shows in the late ‘70s and early ‘80s, making him one of the most successful competitors of all time.

Something of a Renaissance man, Dickerson studied music and is an accomplished opera singer – no wonder, then, that his posing routines were always pure theater. Dickerson lives in Manhatten, where he has a thriving personal-training business.

During the 1960’s, Dickerson did much physique modeling. His 1970’s nude work for photographer Jim French is today considered some of the best in a admittedly limited field. Chris appeared in French’s hardcover photo essay, Man (1972) and also posed for the photographer ten years later. These photos ran in an issue of Olympus, published by Colt Studios. 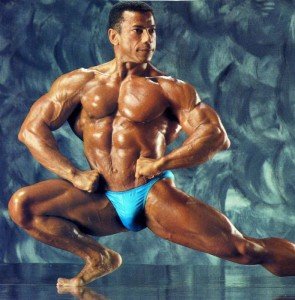