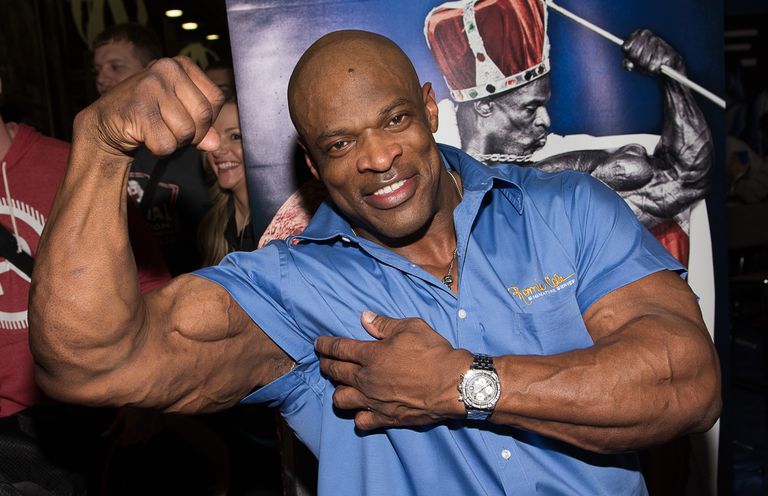 WATCH: Ronnie Coleman will not be attending the 2018 Bodypower UK Expo.

Earlier this week, 8X Mr. Olympia released a video on his social media pages apologizing to his fans that he will not be attending the 2018 Bodypower UK Expo.

But, it does not seem to be Coleman’s decision not to be present at the expo.

In the weeks building up to the expo that is taking place 11-13 May 2018, Ronnie Coleman was advertised as being one of the confirmed athletes to be present. All the adverts were removed immediately.

Coleman explained that he was planning to come to Bodypower, but in the end the situation changed.

Ronnie will be traveling to Kuwait in the same week as the Bodypower Expo.

RonnieColeman: I hate being The bearer of bad news but sometimes you have to bring about a little bad news. That bad news being I will not be at Bodypower this year despite the fact they have posted me as being a “Confirmed Athlete “ I will not be at Bodypower this year but maybe next year but for sure not this year. I will be in Kuwait that weekend so all my Kuwait fans look for your boy to be in Kuwait at the Ronnie Coleman Signature Series Classic. 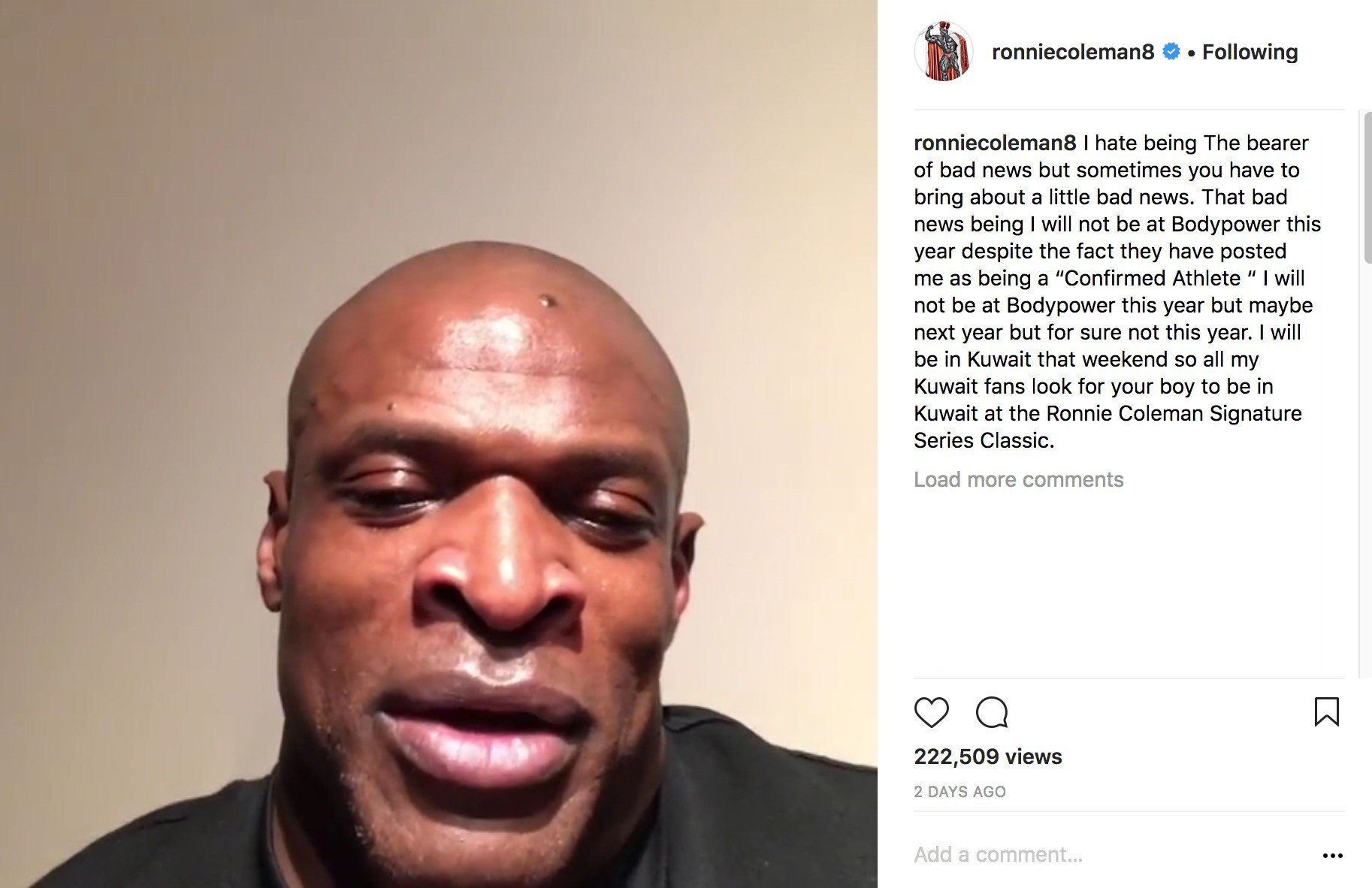