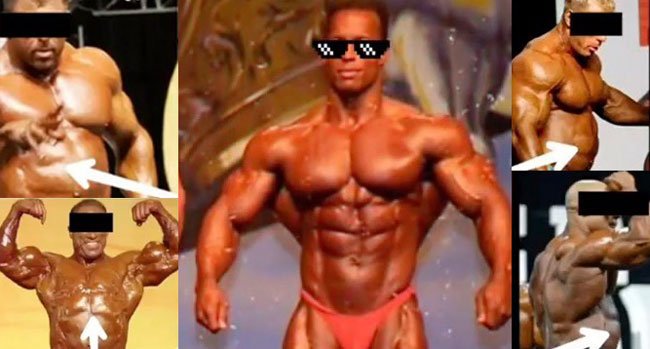 Bodybuilding legend Shawn Ray has been quiet lately, but his latest post on Instagram will surely put him in hot water.

During the peak of his career, Shawn Ray was known for presenting a near perfect physique on stage. Coming close on a number of occasions, unfortunately, he has never won the Mr. Olympia title.

After his retirement in 2001, Shawn Ray shifted his energy to bodybuilding promotion and journalism.

Always finding a way to make his voice heard, Shawn Ray would not hold back on his comments, even if it would get him into trouble and turn the entire industry against him.

Since Jake Wood hired him to work at Digital Muscle and other jobs related to the Olympia Weekend, Shawn Ray has been quiet, until recently.

The post displays a photo of Shawn Ray at the height of his career, with sun glasses super imposed on the image.

In the second image, four top bodybuilders are displayed with arrows pointing to their midsection.

From the four photos, Dave Palumbo is the only one performing an actual pose, weheras, Kamali, Wold and Heath are most probably in transition to perform another pose or are just relaxing.

It is still now known why Shawn would publish such a post, but this will surely get him some negative feedback.

With hundreds of comments coming from fans and even some of the biggest names in the sport, Shawn Ray commented that “He represents the truth.”

Even Kai Greene took the time to shar ehis thoughts, but that was immediately followed by comments suggesting he should have been in the photo as well.

A number of comments were aimed towards Shawn Ray, condemning him for not having any respect for 7X Mr. Olympia Phil Heath.

We can expect some comments from the four athletes Shawn Ray called out, especially King Kamali and Dave Palumbo, both are the most active on social media.

We will probably never find out why Shawn published such a post. Who knows, could be that he wanted to remind the bodybuilding world that he is still around. 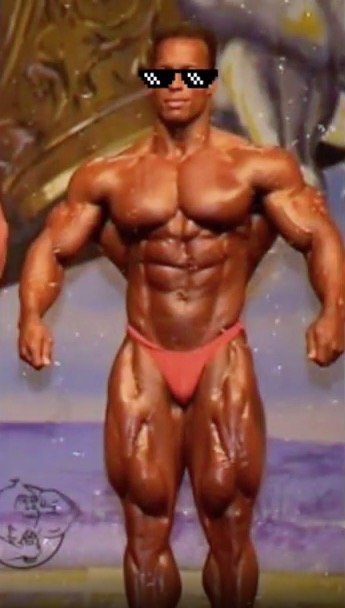