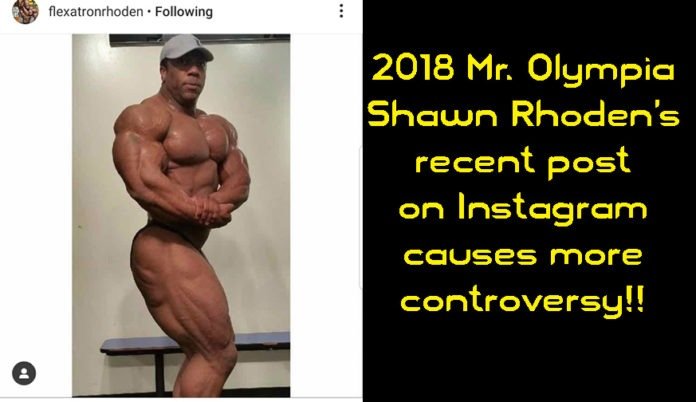 Controversy surrounds recent photo of Shawn Rhoden… Is it new or old?

2018 Mr. Olympia Shawn Rhoden, has stirred up some hot debates in the past couple of days.

The defending champion has not had a easy 2019 season when it comes to promoting the sport of bodybuilding and representing himself as the best of the best.

After a shameful showing at the 2018 Pittsburgh Pro during his guest posing routine, Rhoden again has basically lost credibility due to a certain photo he published on his official Instagram page.

Read More: Will Mr. Olympia Shawn Rhoden be ready to defend his title?

Rhoden posted a photo looking in fantastic shape and looking 100 times better compared to his showing in Pittsburgh.

The media and fans started to debate if the photo is recent or not.

Comments were made by the biggest names in the business, such as Bob Cicherillo, Chris Aceto, Sergio Oliva Jr., AJ Kelly Robert, Giles Thomas, Ron Harris and much more.

Shawn Ray even has his doubts if the photo is really recent.

Sergio Oliva Jr. also had some harsh comments regarding Shawn Rhoden’s recent photo, stating that he is using Instagram to fool the fans.

Obviously, his ‘Guru’ Chris Aceto has publicly said that it is a recent photo while the majority of the media and fans are doubting this very much.

Taking nothing away from the 2018 Mr. Olympia, he will be ready to defend his title, but when it comes to marketing himself as a brand, he is killing himself.

Not only is Shawn Rhoden killing himself when it comes to promoting himself as a brand, he is literally making the Olympia Weekend marketing campaign a harder task for the promoters.

We are talking about the defending champion. Shawn should be the man who represents the sport at the highest level.

The fans don’t care how long it takes to prepare for a show or if he needs a break or not. The fans want to see the so-called best bodybuilder in the NPC/Pro League.

The fans are not expecting Rhoden to be shredded, but as Bob Cicherillo said, Rhoden should look like the photo he posted when it comes to guest posing.

Unfortunately, the Shawn Rhoden’s guest posing routine at the 2019 Pittsburgh Pro has come back to bite him in the ass!

Regarding the opinion of the media, the media is there to promote the sport, criticize the sport and help guide the sport in the right direction. Some opinions might hurt certain athletes, but in the long run it is for the good of the sport.

Without the media, the sport of bodybuilding would be in a bad place.

Below you can read the comments that have been published on Instagram and as well Muscular Development‘s forum: 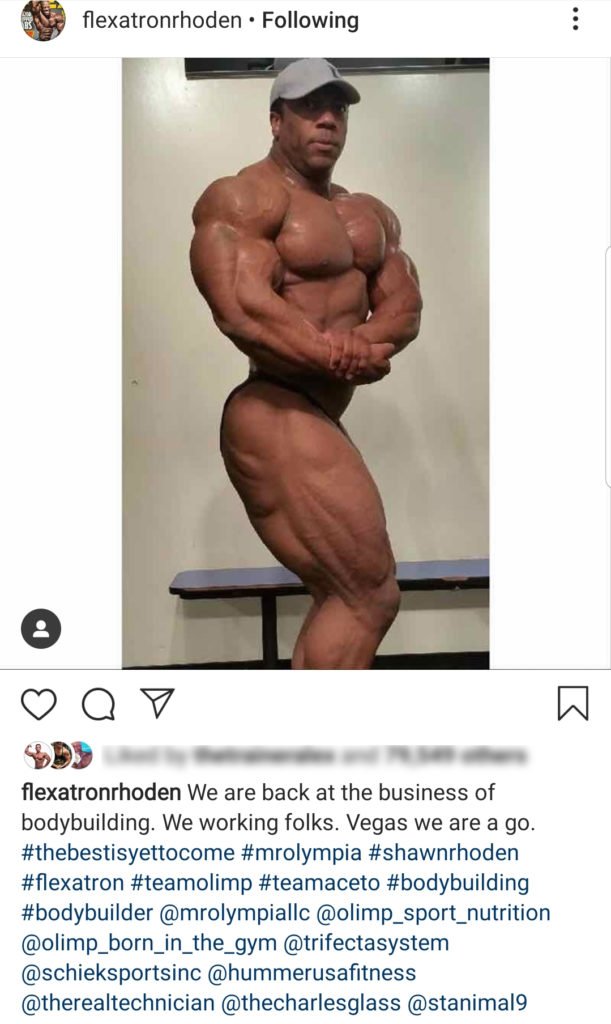 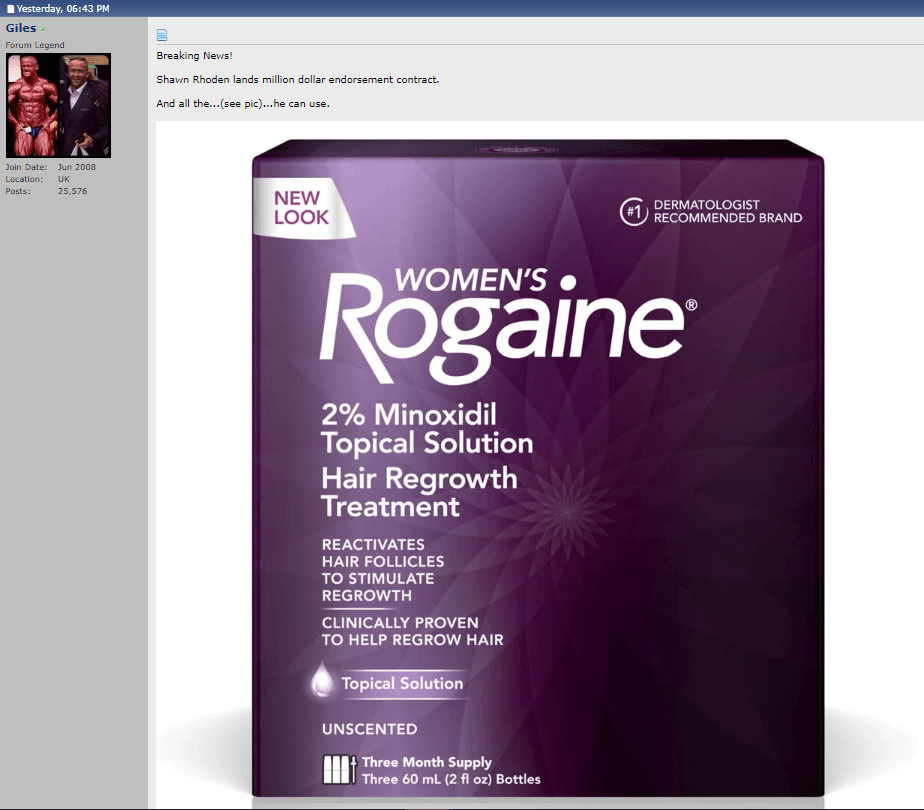 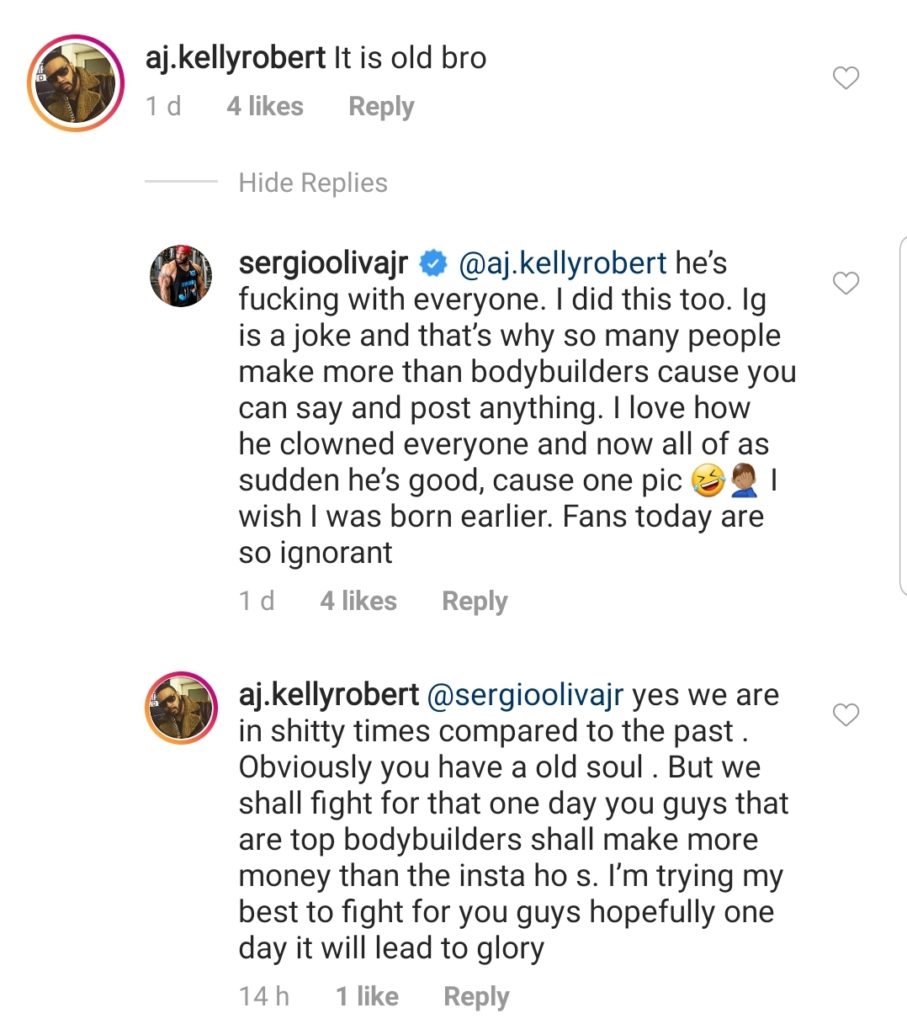 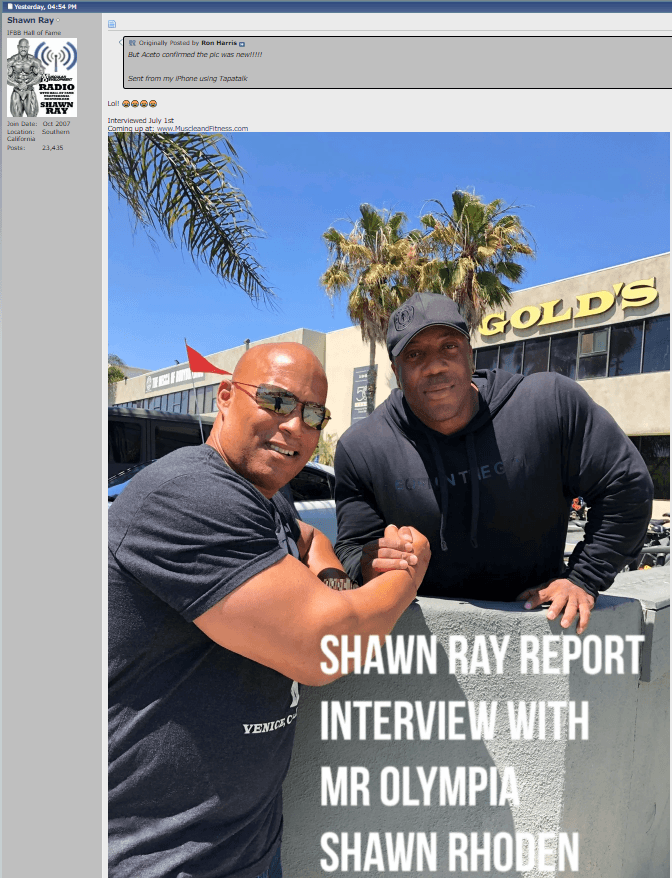 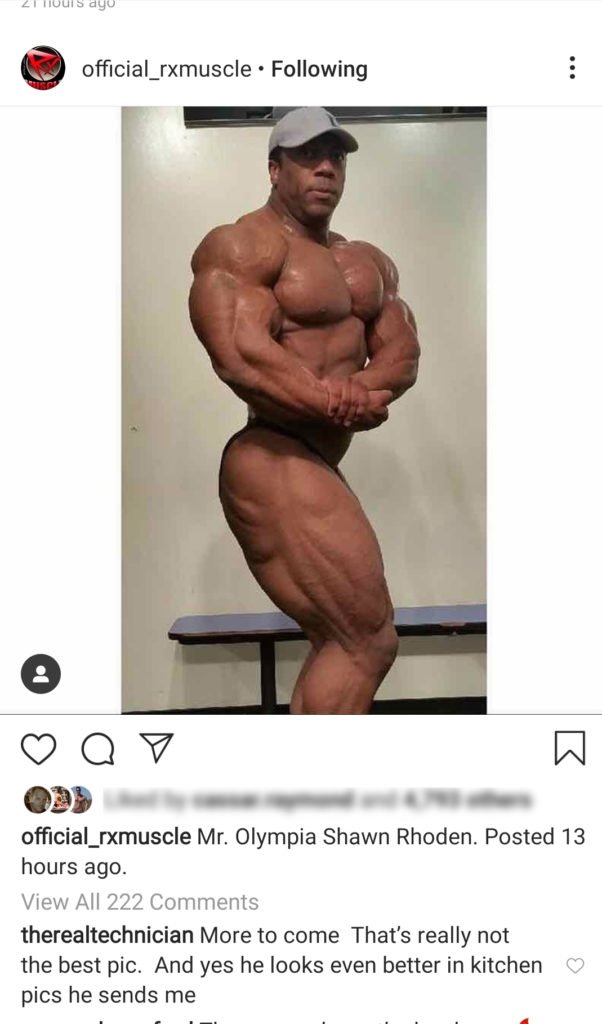