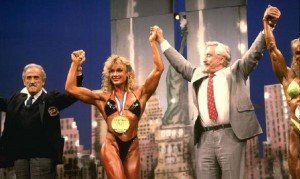 During a competitive career that spanned the 1980s, Cory Everson was the prime force in women’s bodybuilding – both in terms of contest results and as a spokesperson for presenting the sport to a wider public.

An outstanding track and field athlete while attending the University of Wisconsin, Cory entered her first bodybuilding contest in 1980. Her stunning breakthrough year was 1984, when she won the National Physique Committee Nationals heavyweight and overall titles; weeks later, she won the IFBB Ms. Olympia crown, toppling reigning champion Carla Dunlap and two-time champ Rachel McLish in the process. 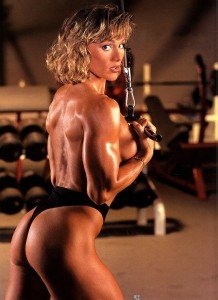 From then on and until she closed out her competitive career in 1989, Cory Everson won six consecutive IFBB Ms. Olympia titles (she is unique among Ms. Olympia’s in that she never lost an Olympia contest).

Cory was the sport’s most popular female during her reign, and she attracted tremendous media interest internationally as well as in the United States.

After retiring from competition, Everson began acting. Her first major movie appearance was in Double Impact (1991) alongside Jean-Claude Van Damme. In it she plays Kara, a bone-crushing assassin to the main badguy.[11] This involves a number of impressive fight scenes.

She took a minor role in Natural Born Killers (1994). Then in Ballistic (1995), (known in some countries as Fist of Justice) she reprised the evil musclewoman role with bravado. However she loses the final epic fight to Marjean Holden playing an undercover cop. 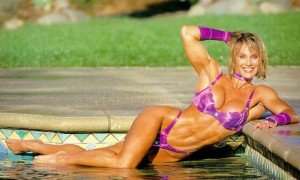 Everson has made a number of TV guest appearances, most notably playing Atalanta on Hercules: The Legendary Journeys. In 1991 Everson appeared on To Tell The Truth Game Show. Everson was the original host of the fitness show BodyShaping, which she also produced. She also hosted her own exercise show on ESPN, Cory Everson’s Gotta Sweat, for seven years.
In January 1999, Everson was inducted into the IFBB Hall of Fame, as part of the inaugural group. She was inducted into the Muscle Beach Venice Body Building Hall of Fame on September 5, 2005.

At the 2007 Arnold Classic she became the first woman to be presented with the Lifetime Achievement Award. In 2008, Everson was inducted into the National Fitness Hall of Fame. 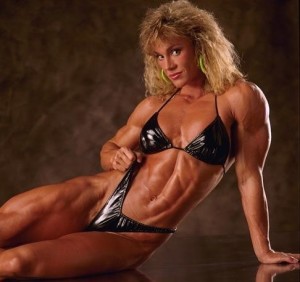 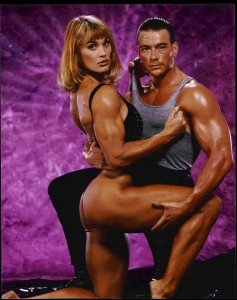