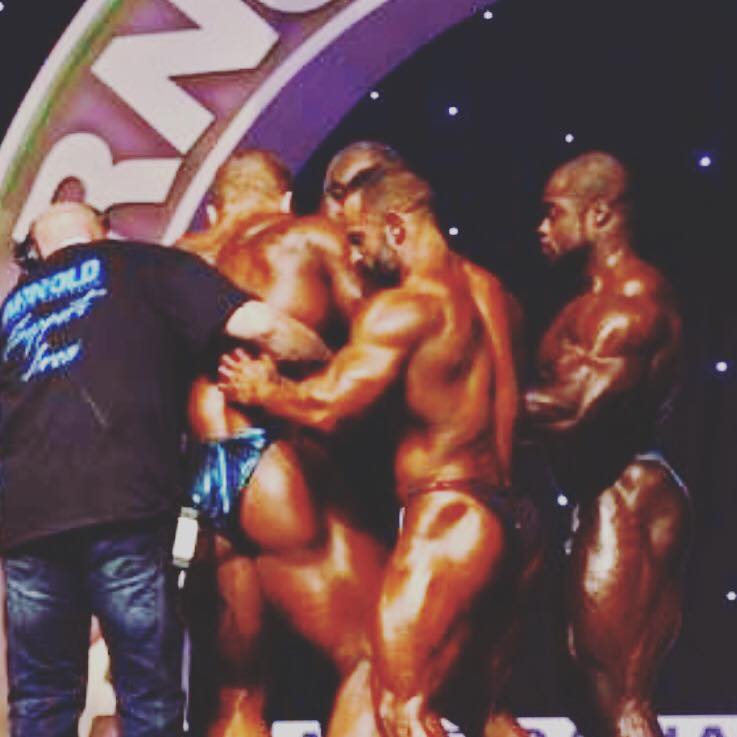 He had to be helped off the stage by the other competitors during the Arnold Classic Australia competition.

It was the decision between him and his coach Chad Nicholls. The problem started in New Zealand, but they took the decision to keep on going.

When we contacted Chad Nicholls he told us that Dallas has a ‘never quit attitude’ and ‘everybody wants to see him succeed’.

Chad had to take the hard decision to pull him out of the show and concentrate on another show.

Here is what Chad had to say about the matter on his official Facebook page:

Chad Nicholls: Dallas McCarver – Just wanted to give everyone an update on him – because I know the internet is “buzzing” – so giving you the REAL update: just got off the phone with him and he’s feeling much better – but still feeling very run down. Most people don’t know and we didn’t make it public because we didn’t want to make “excuses” – but he’s been fighting a pretty rough upper respiratory infection since before the Arnold (Columbus). It didn’t really affect us in Columbus, but the travel, extended dieting, depleted state of the body took it’s toll. I know nutritionists always love to take credit for things when they go right – but I’m taking full responsibility for things going wrong here. Dallas McCarver has a “Never Quit” attitude, but I should have pulled the plug in New Zealand and definitely should have pulled the plug for today. This morning he labored to expand his lungs and take a full breath without having a coughing fit and was limited in what he could do. But, when we talked midday – he said he was feeling great – so we made the decision to go ahead and go to the show. That was a bad call on my part and I’ll have to deal with that. The good news is that Dallas is feeling much better now – but we both agreed it’s time to call it a day and look at another battle down the road – just not worth his health. I’ve got to tell you – I’ve never seen a kid fight and want to compete like this kid. He’s something special and the industry needs to recognize that! But today – we are more concerned about getting him rested and fully recuperated.

Dallas also posted: At the end of the day we NEVER quit! We push until we literally can’t any longer! I’ll never make excuses and never give in. If they’d let me I’d be pumping up for finals right now! 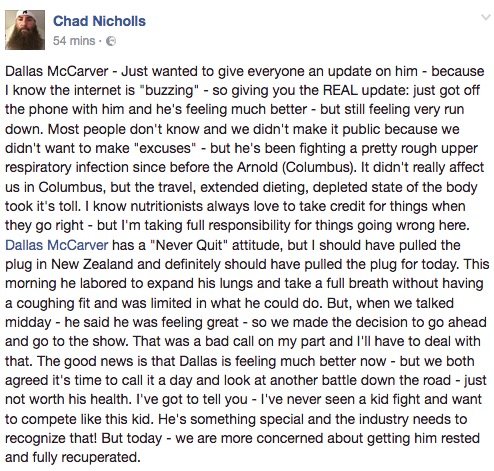