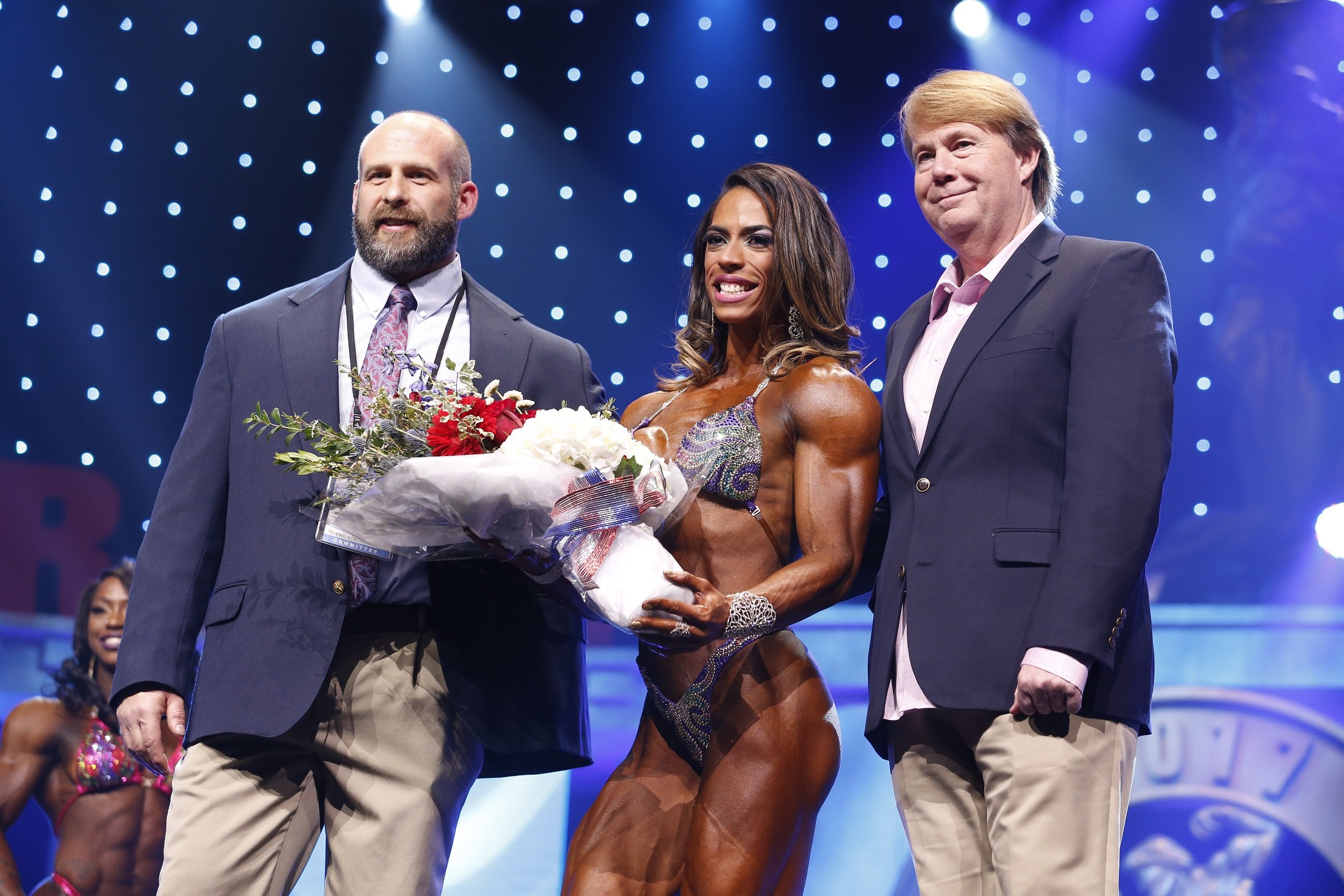 Dariely Castilho of Brasil a field of more than 35 competitors to win the Women’s Physique International. Castilho received the champion’s trophy from Arnold Schwarzenegger and $5,000, a Tony Nowak Official Champions Jackets and congratulations from Jeff Howe of Optimum Nutrition and ROGUE Fitness.

The remainder of the Women’s Physique International top six: 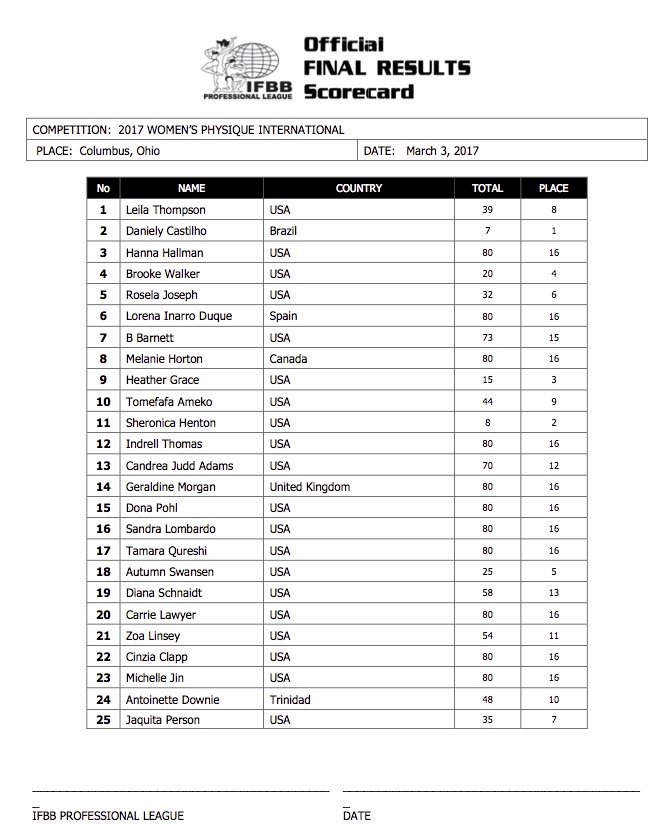 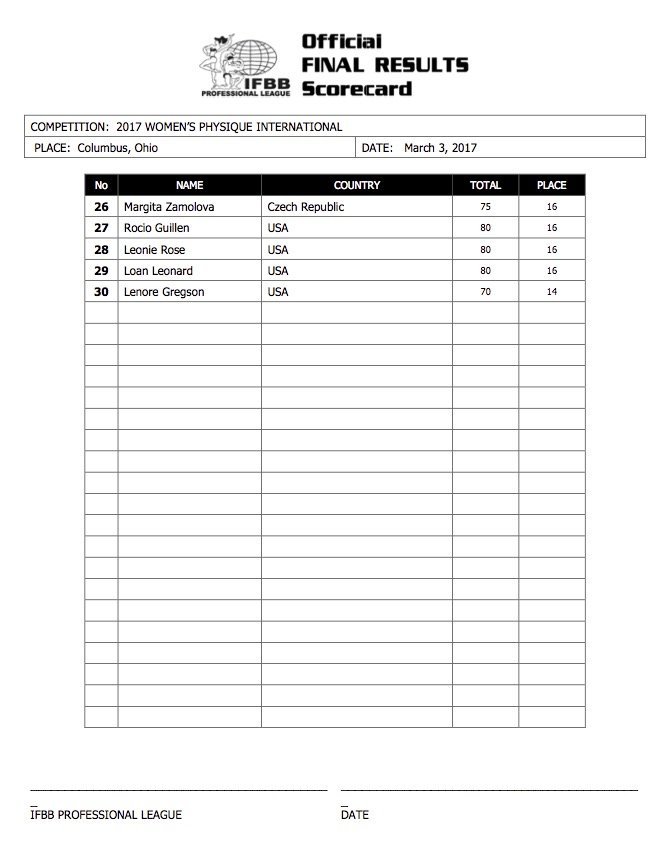