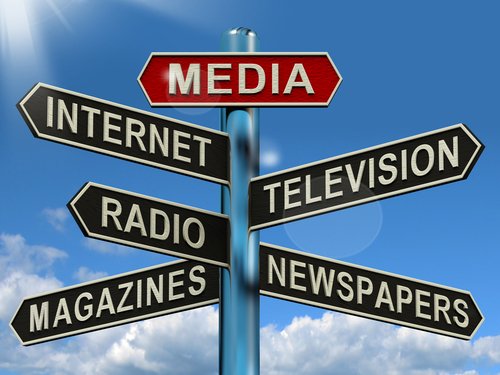 During the latest edition of Heavy Muscle Radio, Dave Palumbo and Chris Aceto discussed some very important topics regarding the bodybuilding and fitness industry related to media.

As the situation stands, most of the athletes cannot talk to certain media outlets because they have exclusivity contracts with a certain publishing or news agency.

Evolutionofbodybuilding.net have on numerous occasions contacted many IFBB Pro’s for an interview or comment, but they refuse not because they don’t want to be interviewed but because they are tied down with a contract.

They you get the athlete who is not even a Pro that refuses because he or she is not getting paid. Don’t forget we are promoting an athlete, they are going to benefit more from this. It is a funny situation as the IFBB Pro’s are always ok with this, but the athletes with no name in the industry seem to make it harder for themselves by doing this.

Getting back to what Palumbo and Aceto were talking about, an athlete being tied to only one entity will have a harder time promoting him or herself.

Imagine how much more coverage a person would get if everybody promotes them through interviews or video footage.

We have the major sites such as Flex, RXMuscle, Muscular Development and NPCOnline that are the heavyweights in the sport, but other sites such as ours can give great coverage as well.

We published a number of great interviews that was beneficial to the athlete and to the website itself.

Evolutionofbodybuilding.net is more than happy to get great interviews with retired athletes, but it would be great to get some stars of the day interviewed without any restrictions.

Palumbo made a very good point to say that all the athletes should be free to talk to whoever they think can benefit them, and we agree with him! The more an athlete is out in the media, the better it is for him or her.

Palumbo also mentioned the subject of press passes at contests. Some are even charging as much as $1500 for these. This is totally ridiculous as if it was not for our websites promoting these events, nobody would know about them.

Using evolutionofbodybuilding.net as a example, we don’t make one cent from promoting and giving coverage to IFBB and NPC shows.

We do it as a service for the reader to keep them up-to-date as much as possible. We are happy to give direct links to the top sites who are at the events to give more or a better service to the reader. At the end of the day, we are giving the best service we can and the site we promote will be getting the page views, and that is the fair thing to do.

It is not viable today to spend thousands of dollars to go to a contest and cover it, to end up coming back home and end up making a loss.

Evolutionofbodybuilding.net will be going to an IFBB Pro show next year (The Levrone Pro Classic), and this for us is a great achievement for a website that has been online for just over two years. We will be there as press, so hopefully we will have the chance to meet and interview many athletes. This is the first step in what we think will be a great future. And to clarify any doubts, the Levrone Pro Classic / Fit Festival Poland does not charge for press passes.

Having to pay for a press pass would be totally wrong!! In fact, the promoter should pay the media outlet to promote their show.

What is the next step in this stupid situation? Bodybuilders walking around with tags showing who can talk to them!!

For a sport that is growing but still has a very very small following compared to other sports, charging for a press pass is totally ridiculous.

If it keeps going like this, we will definitely go back to the days when we have to wait for a month to learn the result of a show.

The only thing we disagree with Dave Palumbo is that established sites should not pay for press passes because they are established. This is wrong because everybody has the right to start a new business or website, and if they do this they have the right to get a free press pass just as the established websites.

Some of the smaller sites, have some great material and writers. And there is nothing better than having some fresh blood on the scene.

Listen to the show HERE