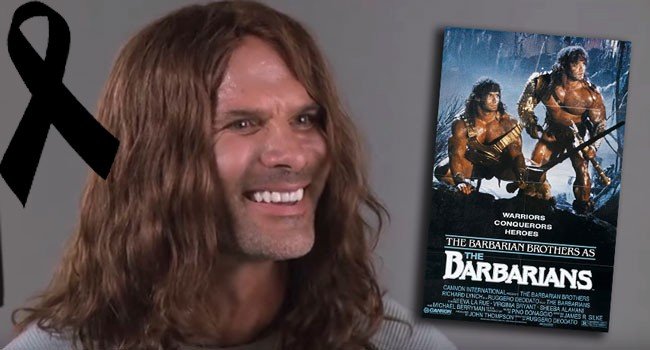 David Paul – One of the ‘Barbarian Brothers’ passes away.

The bodybuilding and fitness generation start the day with the horrible news that one of the Barbarian Brothers, David Paul has passed away at the age of 62.

The death of David was confirmed by his twin brother Peter. David passed away just two days before his birthday. He was born 8 March, 1957 – Hartford, Connecticut, USA.

The cause of death is not yet known, but sources close to this site believe he died in his sleep.

David and Peter were very popular in the 1980’s and early 90’s. They were also regulars at Gold’s Gym in Venice, California.

David and Peter shot to fame when they started to feature in their own films and as well playing small parts in some big budget films.

David Paul, first discovered with his twin brother for their muscular physiques and good looks, starred in films such as The Barbarian Brothers and evolved with excellent comedic timing to star in Twin Sitters, babysitting a couple of evil rich kids.

Aside from acting, David has had many celebrated shows of his photography all around the US and developed his cinematographic abilities to create and shoot original films such as Faith Street Corner Tavern, which was spotlighted in International Film Festivals. David Paul excels before and behind the camera.