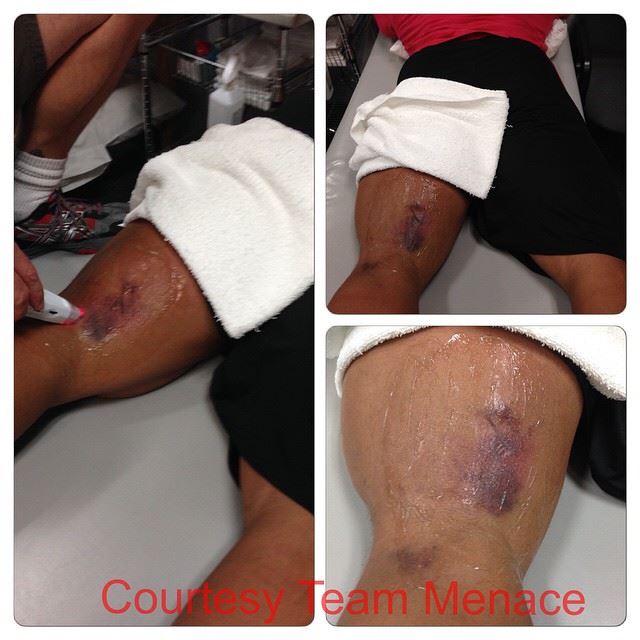 has revealed the serious injury that Big Ramy had just before the 2014 Mr. Olympia.

This the message Dennis James posted on his Facebook page:

I really didn’t want to post it but I think the fans deserve to know the reason why Ramy’s hams and glutes weren’t up to par with the rest of his physique this year. Four weeks out Ramy tore several fibers in his left hamstring during training. As you can see in the pictures I took 2 days after it happened, it wasn’t just small deal. He wasn’t able to train hams ,glutes or even quads for the last four weeks. We sat together and talked about pulling out of the Olympia for this year but Ramy in his warrior spirit said NO lets go and do it for the fans who waiting to see him on stage. It was a very hard last month for Ramy not being able to do cardio and things he needed to do and it did effect his performance. We didn’t post or talked about it before the show because we didn’t want to create drama and make it look like an excuse. Ramy is in good spirit and wants the fans to know he is ok with the outcome and will continue to improve. You can see the improvements he made and it will not end here that’s a promise!
Thanks do David from STI for the many hours of therapy almost every day leading up to the show. He will travel to Europe today for the Arnold Classic in Spain and then continue to Dubai, Praque, San Marino and Finland for all the European and middle eastern fans to get to see Ramy compete with some of the best bodybuilders in the world.

We at evolutionofbodybuilding.net wish Big Ramy all the success at the 2014 Arnold Classic Europe!! 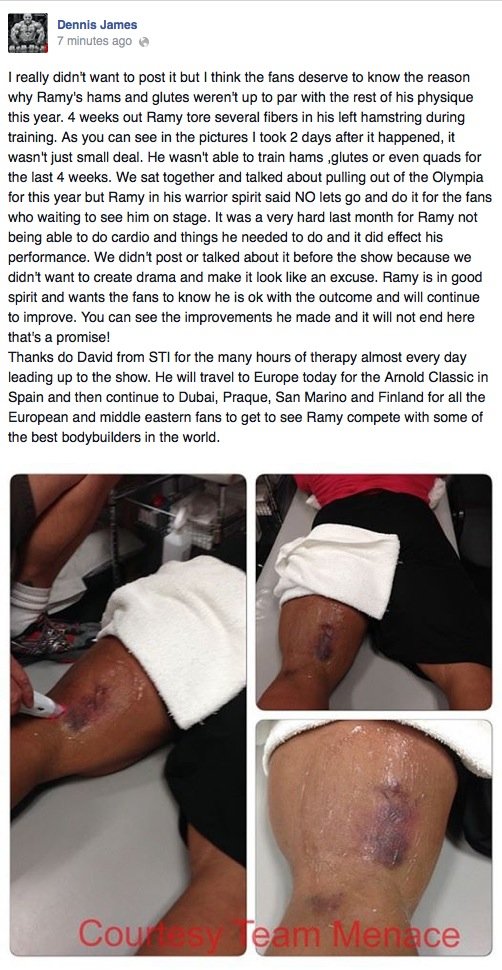