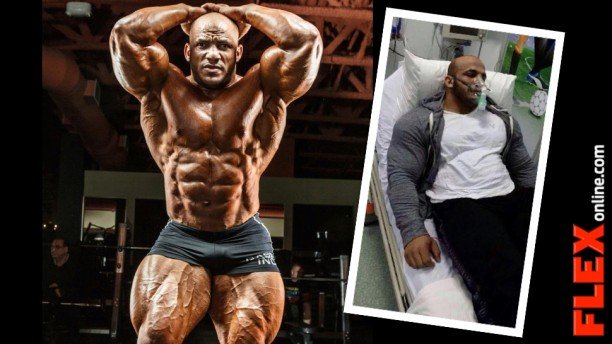 In the past couple of days there have been a number of rumors circulating about the health of Big Ramy. Photos emerged of him in the hospital and leave it to gossip and the internet to make things go out of control.

On the online edition of Flex, Dennis James sets the record straight about what really happened.

“After an initial announcement that Big Ramy has a chest infection, there has been a lot of speculation and rumors going around about what happened, and I want to set the record straight.  Big Ramy was not admitted to the hospital.  He did go to the emergency room and was there for a short time while they gave him antibiotics and prednisone, due to an UPPER RESPIRATORY INFECTION.  He has been treated by the best doctors in Kuwait and he is now doing much better.

Ramy wants you all to know that he is already back in the gym training and getting ready to kick ass at the NY Pro! And to everyone who has had negative things to say about him, and started rumors about his illness being from injections or other nonsense, you haters have just made him stronger…so sit back, fasten your seatbelt and enjoy the show!” ~ Dennis James