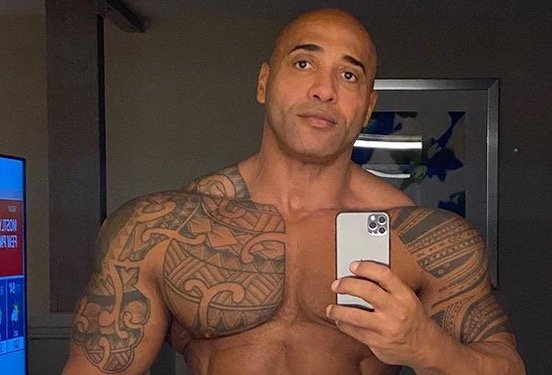 Dennis James shows off fantastic physique at the age of 54.

Dennis James was one of the biggest bodybuilders on the stage in his prime.

Competing against the best bodybuilders to ever grace the stage, in an era which saw Dorian Yates and Ronnie Coleman dominate the sport, Dennis still managed to get some great results.

His best year would be in 2009 when he won the Europa Supershow and Tampa Pro. He would also place second at the New York Pro.

Dennis’ best placing at the Mr. Olympia was in 2003 when he placed fourth, behind Ronnie Coleman, Jay Cutler and Dexter Jackson.

When Dennis decided to retire, he continued to train to maintain a decent physique. He would eventually suffer a setback when he had to have surgery on his shoulder.

Dennis eventually made a full recovery and still managed to maintain a fantastic physique.

During almost every live chat that Dennis organizes on his social media, he is always asked to show his physique.

The bodybuilding world was buzzing after these photos were published.

Dennis had a few words to say about his photos:

“Physique Update! July 31st 2020. People asked for current pics instead of throwbacks. I hate selfies but I took one (two)for the team lol. 54 years young at 235lbs. This old man ain’t going nowhere. I’m still trying to make it down to 220lbs but my body just wants to stay somewhat big even eating low carbs and double cardio daily. I guess it is what it is! Wish you all a great weekend.” – Dennis James

Dennis is a true ambassador of the sport with the great advice he shares with his fans. We are sure Dennis will continue to give back to a sport that gave him so much.