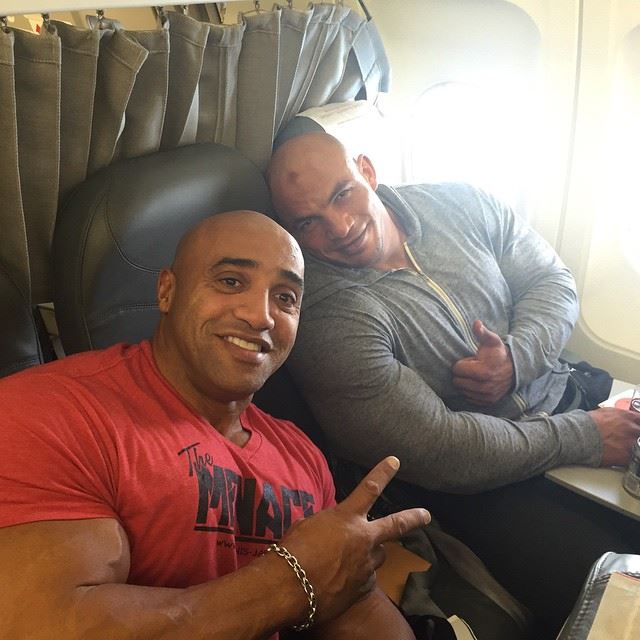 As reported earlier, Big Ramy almost missed the 2014 Mr. Olympia due to injury, but he at the 2014 Arnold Classic Europe the injury was just too much and he had cancel his plans of competing.

These are the words of Dennis James

I’d like to apologize to all the big Ramy fans. As you probably already heard he did not compete in Madrid at the Arnold Classic yesterday due to his hamstring injury. Ramy tried everything and was already tanned and oiled up ready to get onstage when he realized that the pain was so severe that he could not step onstage and compete knowing he couldn’t squeeze and flex the way he needed to in order to be competitive. So he decided to not go onstage. It’s an injury that he sustained 4 weeks out of the Mr Olympia and I guess from all the posing at the O and then the long flight from Phoenix to Madrid made it even worse. He is very sorry and wants you all to know that he tried his best but sometimes even a warrior spirit is not enough and some injuries just need time to heal. He wants to apologize to the Arnold Classic promoters and fans that came out to see big Ramy on stage last night. He will still be traveling to Dubai tomorrow and be there for the fans that expect to see him compete. He won’t compete but he will come and be there for his fans representing the IFBB and of course the promoter of the Dubai pro show. I know it sucks but I also know that he will be back better than ever. I wish him a speedy recovery.

Dennis James reveals the injury Big Ramy had before the 2014 Mr. Olympia