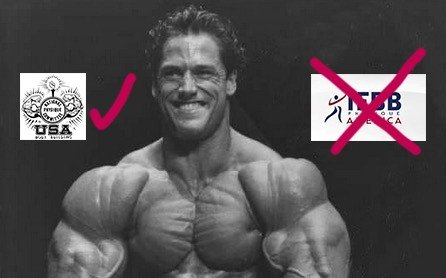 I a recent press release, the newly formed IFBB Physique America named Dennis Newman as part of the organizing committee in one of their future shows. His image was also put on one of their posters.

This is the press release dated 16 March, 2018 by IFBB Physique America, that mentions Dennis Newman:

IFBB Physique America Maine Chairman, Doug Going, has announced the first major event in the state, the G.C.N. Classic, which will take place September 29, 2018, at the beautiful Biddeford Center for the Performing Arts in Biddeford, Maine.

“Our goal is to promote quality events for the athletes and fans. The Biddeford Center for the Performing Arts is one of the best facilities in the state” enunciates Chairman Going. “We are going to set a new standard for the sport in the state of Maine, and myself and my partners are dedicated to that goal. Under the direction of our regional Vice President, Dave Follansbee, we look to elevate the Sport to levels never before achieved nor imagined.”

The promotion group doing the GCN event are there three men whose initials are the title. The “G” is for Going, as in Maine State Chairman Doug Going, the “C” is for Cena, as in Physique Promoter Matt Cena (brother of WWE great John) and the “N” is for Newman as in Dennis Newman, former USA Champion and Bodybuilding Legend.

“We all come with our own individual talents but when you put us together we are an unbeatable team. In addition, a portion of the proceeds will go the Leukemia and Lymphoma Society” articulates Going.

“It is obvious, the State of Maine is under great leadership and supervision with Doug Going. With his direction, the G.C.N. Classic will be the first of many superior events in Maine” orates IFBB Physique America President/CEO Wayne S. DeMilia. “This is another foundation pillar in the structure of the most groundbreaking, innovative physique federation that the sport has ever seen. With a solid foundation there is no limit to how high we can go.”

Dennis went on to say that he would never go against the organization (NPC/IFBB Pro League) that gave so much to him and also supported him when he was ill.

With IFBB Physique America going so far as calling a show with Newman’s name in the title, it looks as there was a big misunderstanding on this matter and Newman was quick to cut ties with the newly formed federation headed by Wayne DeMilia.

Evolutionofbodybuilding.net also confirmed with his longtime friend Shawn Ray on the matter immediately after the video was released. Shawn confirmed that Dennis has always been loyal to the NPC/IFBB Pro League.