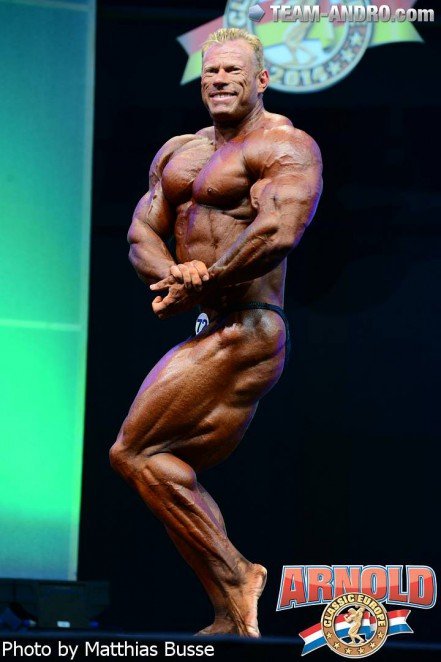 Dennis Wolf bounced back from his fourth place finish at the 2014 Mr. Olympia to take top honours at the 2014 Arnold Classic Europe.

Earlier this year, Dennis Wolf also placed first at the prestigious Arnold Classic in the USA.

Former Arnold Classic Europe champion Shawn Rhoden placed second. Rhoden was a favourite to take the victory after his third place finish at the 2014 Mr. Olympia.

45 year-old Dexter Jackson finished third. Despite his age, Dexter is still a top five finisher and it looks as he is not slowing down.

Meanwhile, IFBB Pro Oksana Grishina carried her momentum and killer routine from the Olympia to Madrid for a first place finish at the 2014 Arnold Classic Europeafter finishing 1st at the 2014 Olympia Weekend.