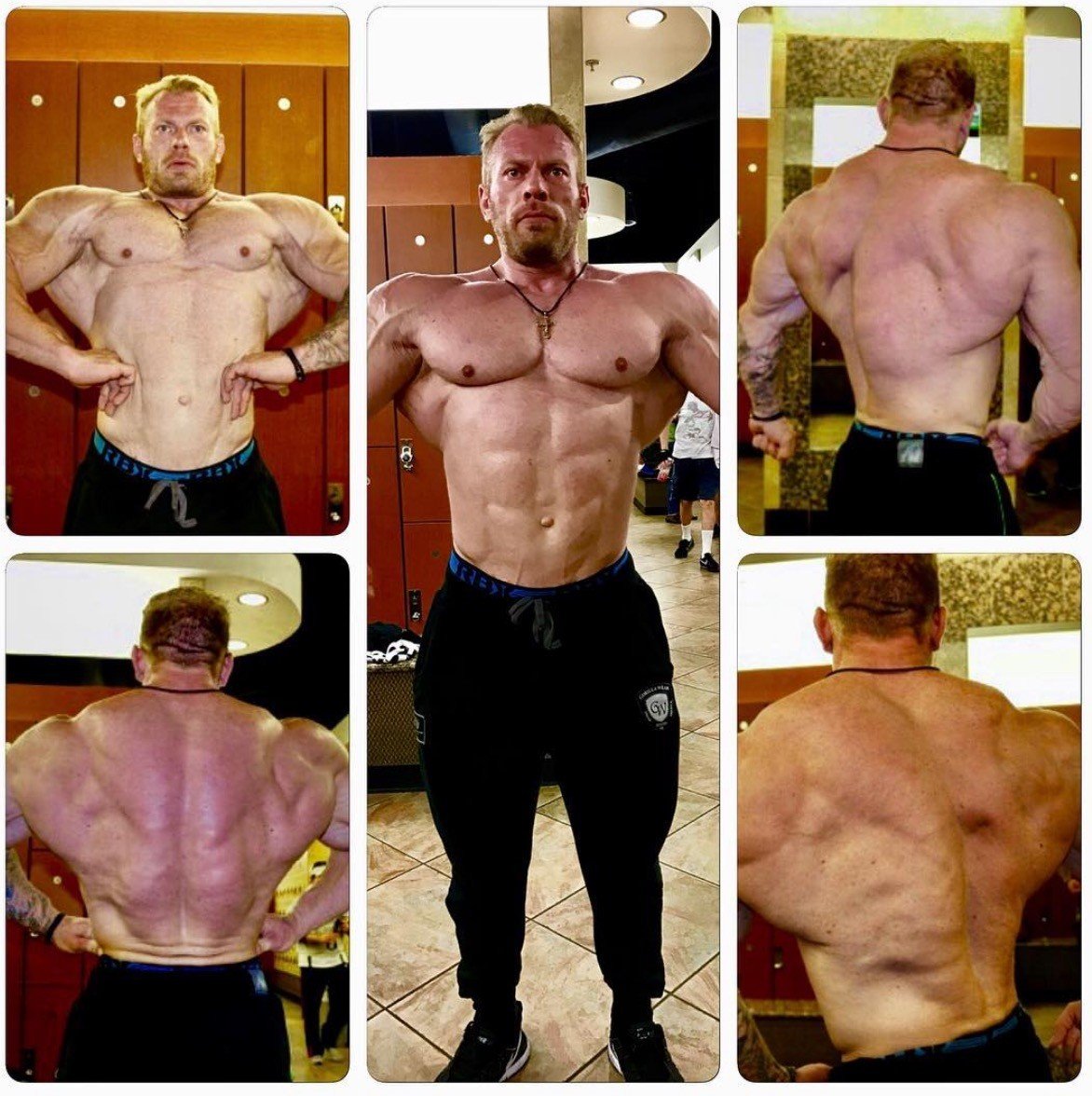 IFBB Pro Dennis Wolf has officially started his comeback after having some major surgery.

Read: Dennis Wolf has surgery and is on the road to recovery

Dennis Wolf is planning to compete in the 2018 Arnold Classic.

Wolf has again teamed up with his former trainer Dennis James.

Dennis James released a number of videos on his official Instagram page showing Dennis Wolf going through his training routine.

Dennis Wolf is already looking much better after gaining some good size.

Dennis James explained everything in detail in his post:

The big Bad Wolf started his transformation to get back on the biggest stage in bodybuilding. After a 1 1/2 year layoff due to cervical spinal fusion surgery Dennis is finally back in the gym training for his comeback.

The severe injury forced Dennis to stay out of the gym for 18 month and had his weight drop down to 230lbs. Now Dennis is cleared to get back to what he knows best and he is back training and officially started his 1st phase of his transformation. His weight is already back up to 260lb and as you can see in the pics he gained a solid lean 30lb of muscle.

Dennis is determined to bring back the look that he is known for and his goal is to be back on stage at the Arnold Classic Columbus Ohio in March 2018. He has a good 8 month left to gain another 20lb to 30lb of muscle and dial it back in like the Big Bad Wolf is known to do. – Dennis James 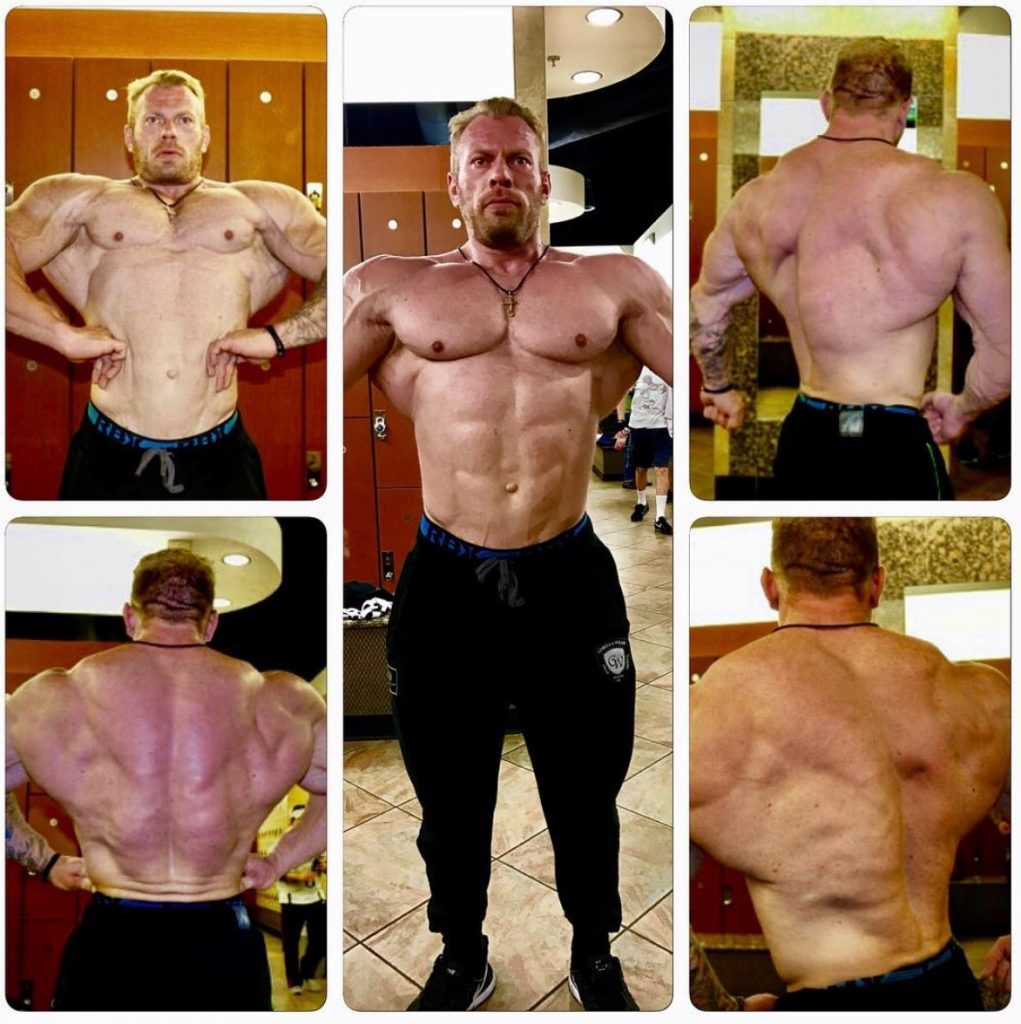 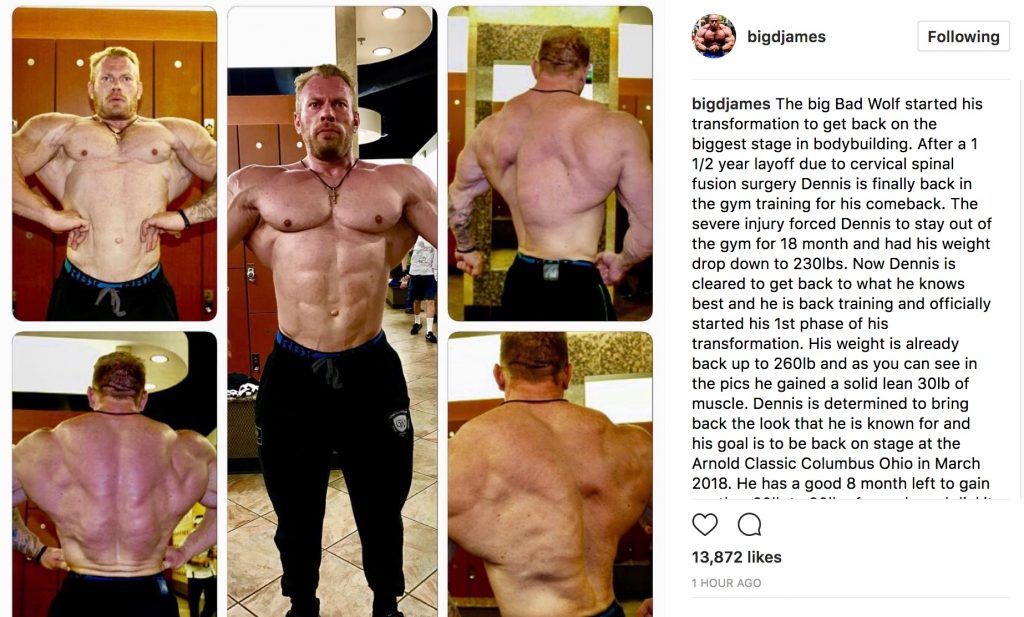