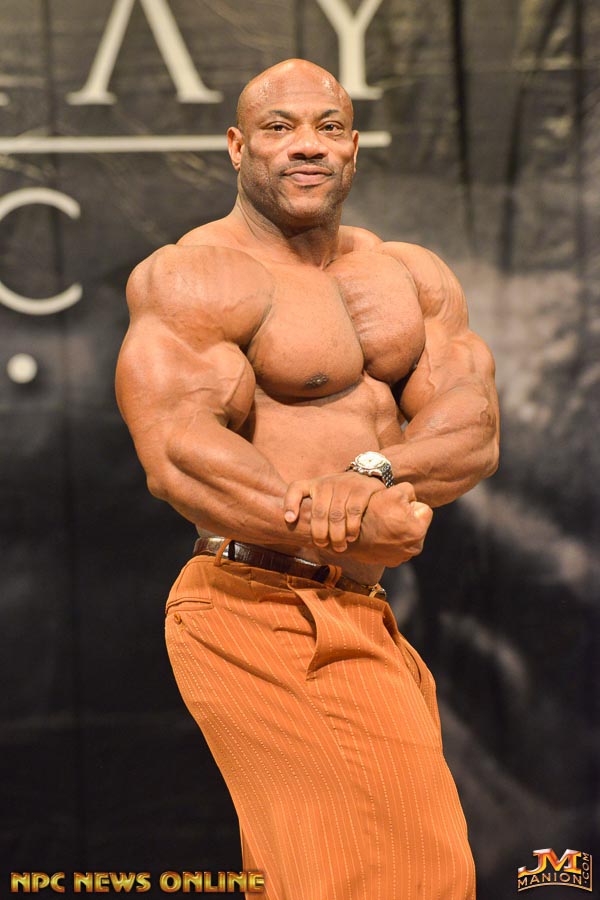 Dexter Jackson was in Baltimore, MD on August 17th to receive a Lifetime Achievement Award from Shawn Ray at his 2014 NPC Shawn Ray Classic. Shawn & emcee Lonnie Teper talked Dexter into removing his shirt to hit some poses.

At first Dexter didn’t want to but eventually did. Shawn then talked Dexter into removing his undershirt too. This is what the 2008 IFBB Mr. Olympia looks like 5 weeks out from the 2014 IFBB Mr. Olympia. Exclusive photos by  NPC News Online!