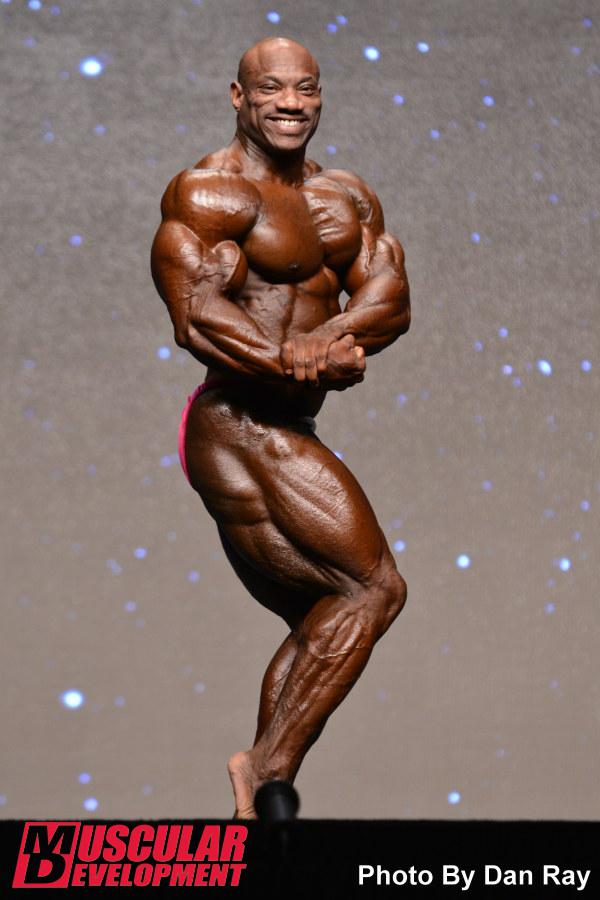 COLUMBUS, Ohio – Dexter Jackson, a four-time winner of the Arnold Classic, will try to win a record fifth title when he leads a field of 14 men’s professional bodybuilders who will battle in the 2015 Arnold Classic, the Arnold Sports Festival announced earlier this week.

In the Arnold Classic 212, Aaron Clark, Hidetada Yamagishi and Jose Raymond lead a field of 10 professionals. Clark finished third in 2014, while Yamagishi was fourth and Raymond fifth. Defending champion James “Flex” Lewis will not compete.

In the Fitness International, defending champion Oksana Grishina and 2013 winner Tanji Johnson headline a field of 14. Grishina also finished first in the Arnold Classic Europe and Fitness Olympia contests in 2014 and has won her last four professional contests. Aurika Tyrgale earned an automatic invite after winning the Arnold Amateur overall title in 2014.

2014 Arnold Amateur overall winner Andressa Ribeiro earned automatic invitation.
Ashley Kaltwasser will try to become the first repeat winner of the Bikini International, which has had four champions in four years since it was founded in 2011. Janey Layug, who finished second to Kaltwasser in the Bikini Olympia, leads a host of challengers in the field of 15.