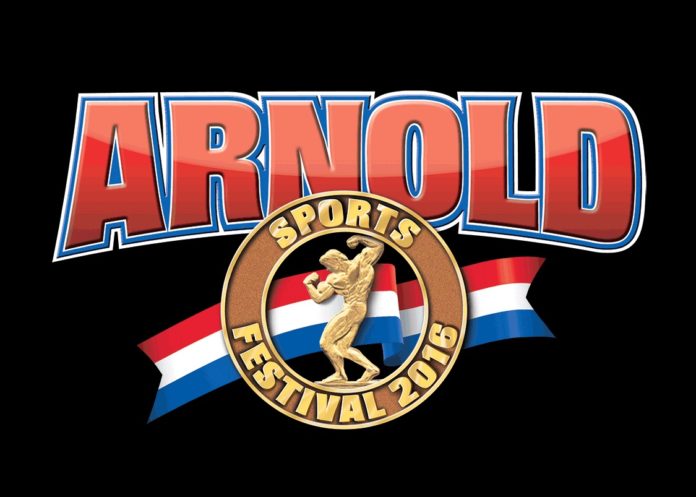 COLUMBUS, Ohio – As part of an evolving bodybuilding media category, an agreement has been reached establishing  Digital Muscle as the exclusive webcast provider of the 2016 Arnold Classic the weekend of March 4-5. Widely regarded as one of the year’s biggest online attractions, the FREE Webcast will air on the recently launched DigitalMuscle.com website, a new media hub & blogosphere created by industry media veteran Dan Solomon. The agreement gives Digital Muscle (and its streaming partners) the exclusive rights to carry the LIVE coverage of the Arnold Classic Men’s Bodybuilding Championships along with the prestigious Fitness International, Bikini International, Figure International and Physique International. The presenting sponsor of the production is Nutrition Active Sport, the #1 provider of nutrition support for the athlete in everyone.

“This is an exciting opportunity for us to be able to work closely with Arnold Schwarzenegger, Jim Lorimer and their legendary team.” Solomon explains, “And it’s a dream come true to be able to launch Digital Muscle with the momentum of a world class media event.”

Jim Lorimer, the co-creator of the event, adds, “This media partnership with Digital Muscle is a powerful and exciting opportunity for fans to enjoy our event from all around the world. Dan and his team are committed to the level of quality that Arnold and I have strived for since we first came together back in 1975.”

Digital Muscle has assembled an experienced production team for the Columbus based event, including co-executive producers Jay Hammett and Tommie Roper, along with longtime webcast producer Travis Chapman. Dr. Norma Curby has also signed on as a co-executive producer. Initial plans include a reunion of the hosting duo of Solomon and Bob Cicherillo, along with other industry notables.

The 2016 Arnold Classic will be highlighted by the highly anticipated return of two-time Arnold Classic champion Kai Greene, competing for the first time in nearly a year and a half.