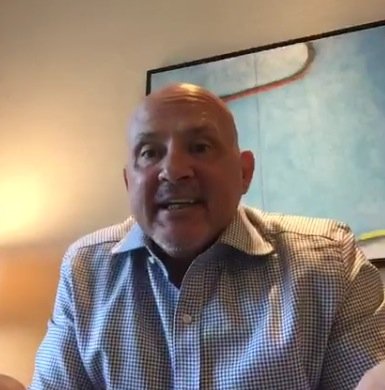 Yesterday, NPC Global’s Lee Thompson released a video of himself telling the bodybuilding world all that is happening behind the scenes.

When the news came out that he was starting a new federation, we where fine about this. But now, it seems he is on a mission to crush the people he worked with for so many years.

Telling everybody dark secrets (if they are true) about your former colleagues and friends is not the way to go. Unless Lee Thompson is a pure human being without sin, he should not talk about anybody.

Everyone knows this quote: “He that is without sin among you, let him first cast a stone at her”

Does Lee possibly think everybody is going to stay silent on this?? Dr Rafael Santonja, the Manions, Branch and Trish Warren and the rest of the gang he mentioned will surely bite back.

We all grew up watching Arnold, Franco, Lou and the rest of the legends train and do their thing on stage. And it was all amazing.

Lee’s rant literally put a black cloud over everything. He should concentrate on how he is going to possibly make his new federation work.

We don’t need to know what people do in their personal life… again, if what he said is true.

Lee should be constructive and see how he going to improve the sport.

Yesterday evening, we received many messages about Lee Thompson and it was really entertaining to a point.

We don’t need to publish any of that here as a new Twitter account was made against Lee Thompson, and they are releasing some hot information about Lee Himself. You can see it here: @NPCtexasSCAM. Basically, somebody is on the attack and is already releasing controversial information on Lee Thompson. So basically, what Lee through out is coming back against him!!

Hopefully we can get back to talking about the sport of bodybuilding and fitness…. but unfortunately, this is not going to end any time soon!!