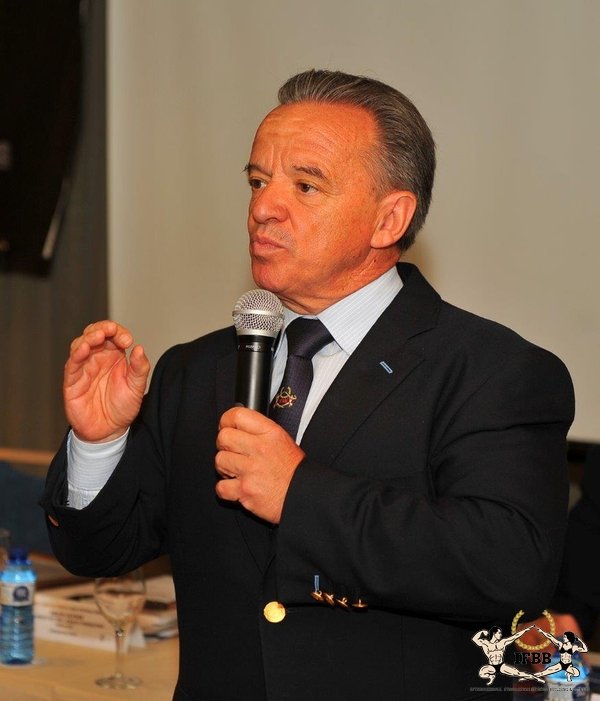 At the 2014 European Bodybuilding and Fitness Federation Congress, which was an electoral congress as well, Dr. Rafael SANTONJA was unanimously re-elected EBFF President for the next four-year term. Dr. Santonja has been running the EBFF from its foundation in 2002.

Under his management, the number of EBFF affiliated countries increased from 26 to 42 and Europe is still a leading continent in the IFBB and on the bodybuilding map of the world. Most of the top IFBB international events is hosted by the European countries and the most important one is to be held in Baku, Azerbaijan, in 2015: the 1st European Games of the Olympic program, which will include Bodybuilding and Fitness sports.

Prior to the elections, Dr. Santonja delivered his comprehensive, Annual Report, showing his tremendous worldwide activity and passion to our sports, which has brought them to the highest level of popularity and prestige in Europe and in the world. The record-breaking participation of nearly 800 athletes in this year’s European Championships is the best evidence of the EBFF successful administration on the continent.

We wish Dr. Rafael Santonja and all recently elected EBFF Executive Council members a successful next four-year term, which will have one outstanding task: to intensify and tighten cooperation with the European Olympic Committee and IOC and to get the Olympic recognition. – See more here