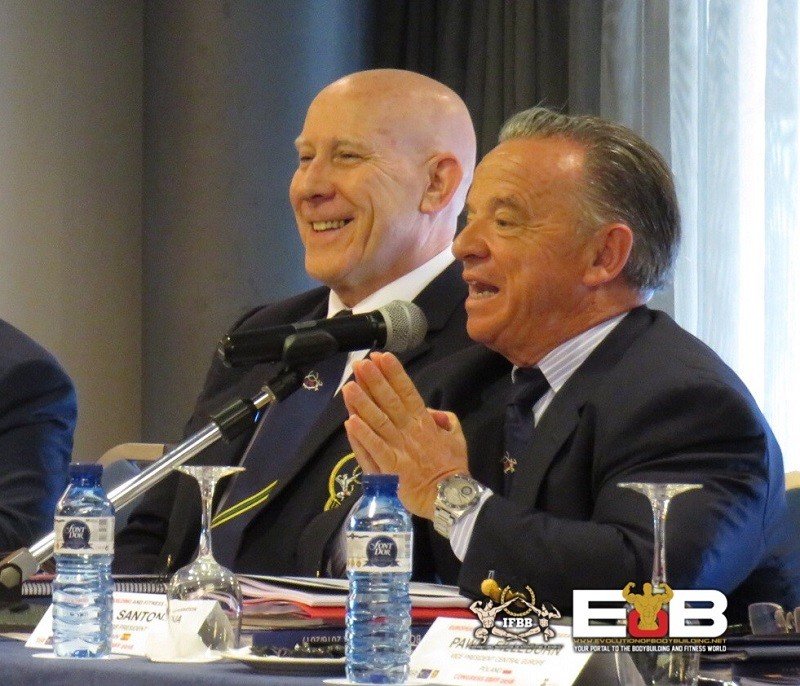 The founder of European Bodybuilding & Fitness Federation (EBFF) and IFBB President, Dr. Rafael Santonja has been re-elected, one more time, and by unanimous decision as the president of the organization during the Annual Congress that took place before the IFBB/EBFF 2018 European Championship.

Voted by the delegates of the 41 countries represented in the EBFF Congress, President Santonja will lead the Federation for a another 4 years (2018-2022), joined by the new Executive Committee in which the main positions will be as follows: