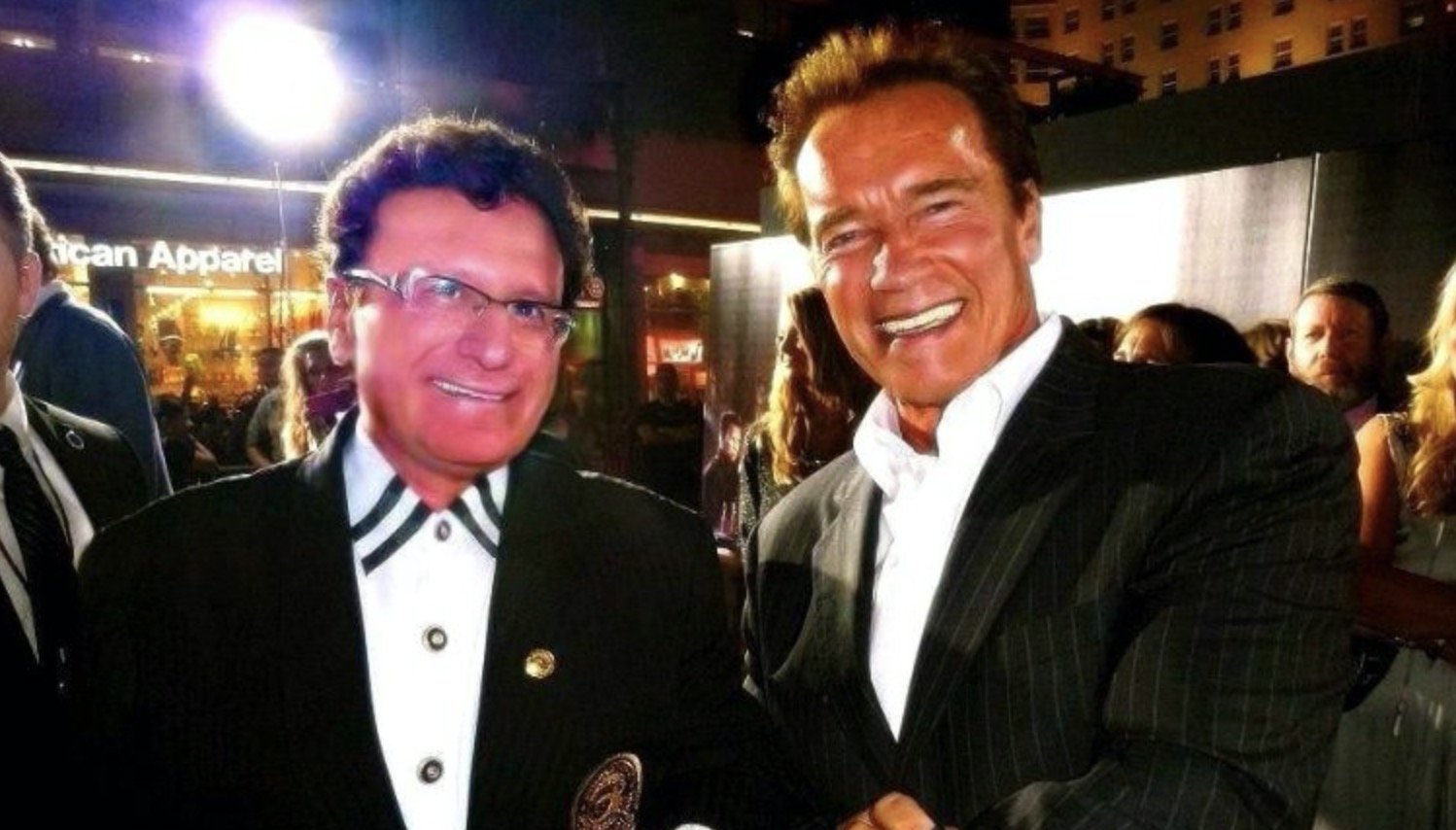 Dr. Goldman is a sixth-degree Black Belt in Karate, Chinese weapons expert and holder or former holder of more than 20 world strength records. Past feats of strength include 13,500 consecutive straight leg sit ups and 321 consecutive handstand pushups. He has been recognized by the Guinness Book of World Records numerous times. Dr. Goldman is the founder and remains International President Emeritus of the National Academy of Sports Medicine (NASM). He has also been chairman of the IFBB and NPC Medical Commissions for the past 30 years.

“This is without question the most prestigious honor that I will have received in my lifetime,” Goldman said. “To be on the same stage as my personal heroes and mentors in Arnold and Jim Lorimer and to receive the same honor as Ben & Joe Weider, Jack LaLanne, Reg Park and so many others is such a tremendous honor. It’s the pinnacle!”

(Links go to highlight videos for each recipient) 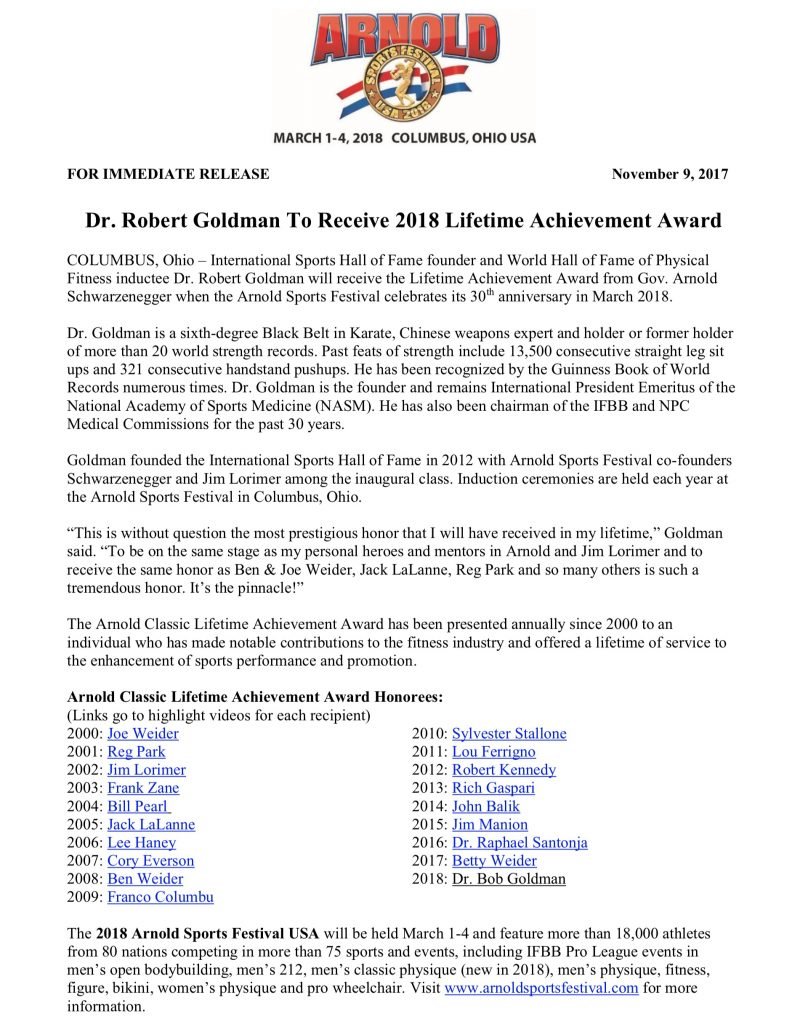