Dunham Books has announced the upcoming release of 51 DAYS: NO EXCUSES by Rich Gaspari. The book is due to release on March 4, 2014.

In 51 DAYS: NO EXCUSES, Rich Gaspari invites you on a 51 day challenge to transform your body and mind with a no excuses approach at a lifestyle change. As Mr. Gaspari stated, “With the 51 day program, it is important you stay the course and realize that you are the only person that can hold you back.” 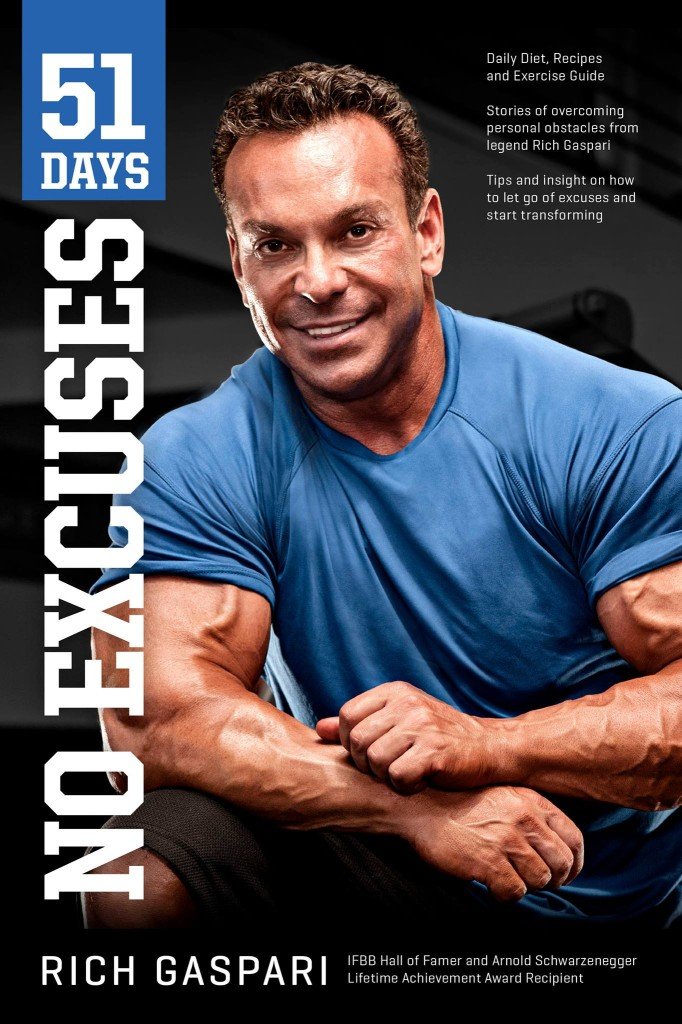 In this book, the reader will not only receive a daily diet and exercise plan, but stories of overcoming obstacles, personal setbacks, and how to stay motivated in the face of adversity. It doesn’t matter if your goal is to be a bodybuilder or to just get in better shape, you are going to get leaner, stronger, ripped and bigger in the right places with Rich’s program. Rich’s 51 day program will get you on the right track to looking and feeling great. Stop the excuses today and watch your body and mind change.

As publisher David Dunham, stated: “Rich’s story is an amazing testimony to dedication, hard work, and perseverance. His 51 day regimen is proven and effective, and is a helpful program for anyone pursuing fitness and wellness.”

About the Author: Rich Gaspari is a former professional bodybuilder who was inducted into the International Federation of Body Builders Hall of Fame in 2004. In 2001, he started his own supplement company, Gaspari Nutrition. He was the first winner of the Arnold Schwarzenegger Classic in 1989, and has appeared on numerous fitness and bodybuilding covers, including the October, 2011 issue of Iron Man.

evolutionofbodybuilding.net is part of the ’51 Days No Excuses’ Launch Team

Order the book from here