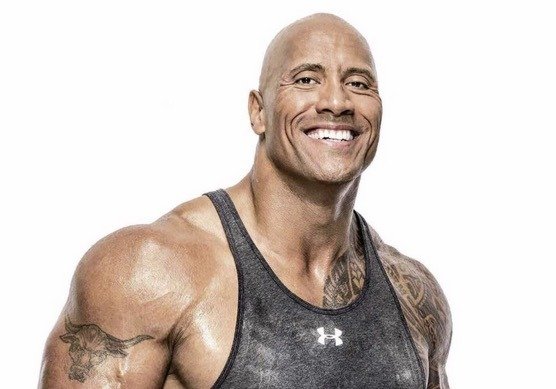 After a recent ‘interview’ on the Dailystar.co.uk, that was published on 11 January, 2019, Dwayne ‘The Rock’ Johnson turned to his popular social media to make it known the interview is “100% totally fabircated”.

In the article titled EXCLUSIVE: The Rock slams snowflakes as ‘looking for reasons to be offended’, it was suggested The Rock slammed the ‘Snowflake culture’.

The article published quotes that Dwayne supposedly said about the new younger generation.

On Friday afternoon, Johnson shared a video on his Instagram and Twitter accounts, saying, “the interview never took place. Never happened, never said any of those words, completely untrue, 100% fabricated.”

“You know, I’ve gained such a great trust and equity with all you guys all around the world over the past couple of years,” Johnson said, addressing his fans. “And you know it’s not a real D.J. [Dwayne Johnson] interview if I’m ever insulting a group, a generation, or anyone. Because that’s not me, and it’s not who I am, and it’s not what we do.”

Dwayne continued “The interview never happened. Never said those words.” He confesses to being baffled by the whole encounter, and added that, if he had a problem with a specific group or generation, he’d address it through dialogue, not making fun of them in an interview. Also, he made up his own generation, “the tequila generation,” and invited all his fans to join.

Until publication of this article, The Daily Star has not removed the article.

Settin’ the record straight. The interview never happened. Never said those words. 100% false. If I ever had an issue with someone, a group, community or a generation — I’d seek them out, create dialogue and do my best to understand them. Criticizing ain’t my style. I don’t cast stones and we all get to be who we are. #millies #plurals #boomers #TequilaGeneration 🤙🏾🥃 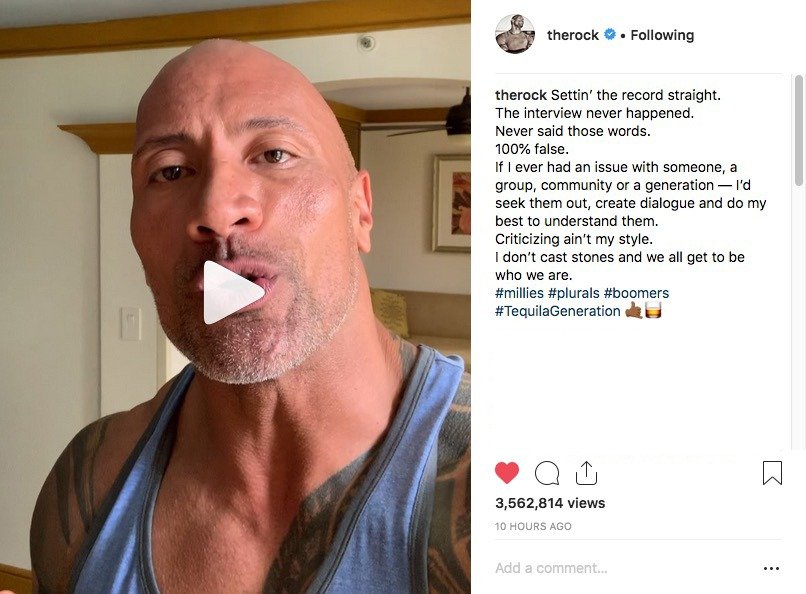