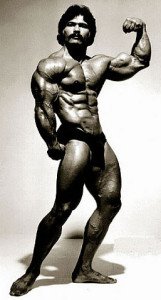 Born November 9, 1933, Hawaii – Died 1 January 2019.
As a teenager, the native Hawaiian witnessed Steve Reeves, Abbye “Pudgy” Stockton and George Eiferman strolling the beach in Waikiki circa 1947 and it triggered his interest in body improvement.

In 1950, Corney enlisted in the U.S. Coast Guard and served in New York City, then moved to California where Millard Williamson encouraged him to begin weight training. 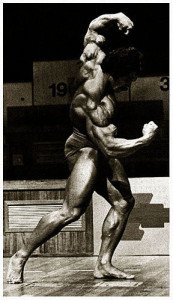 At 160 pounds and age 33, Corney entered and won his inaugural contest, the Mr. Fremont (as in Fremont, California) in 1967. He probably holds the record for most guest posings at this event at about two dozen! Wins in 1968 include Mr. Heart of California, Mr. Northern California and Mr. Golden West.
He continued to climb the bodybuilding ladder with impressive wins at the 1970 Iron Man, the 1971 AAU Mr. California, the 1971 IFBB Mr. USA, the 1972 IFBB Mr. America and the 1972 IFBB Mr. Universe that was held in Baghdad, Iraq.

In the movie Pumping Iron, as Corney flowed flawlessly from one fluid movement to the next, Arnold Schwarzenegger said, “Now that’s what I call posing.” Corney’s pioneering transitions stamped him as unique at the time, and he is still revered for his posing skill.

In 1994, when the Masters Olympia summoned champs out of retirement, Corney rejoined the physique fray at age 60, winning the over-60 category of the event in 1994 and 1995, then placing 11th overall in 1996 and second in the over-60 group in 1997. In 1998, following a 10th-place finish at the only Masters event ever held at the Arnold Schwarzenegger Classic, Corney retired again. Recently, he suffered a stroke, but he has fought back amazingly and is actively helping others who are similarly afflicted. 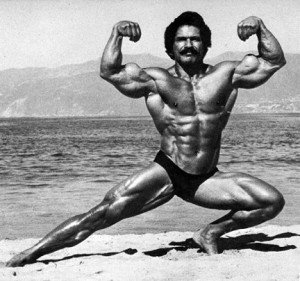 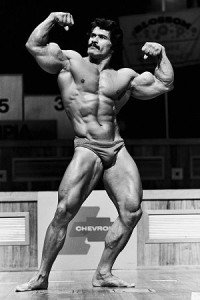