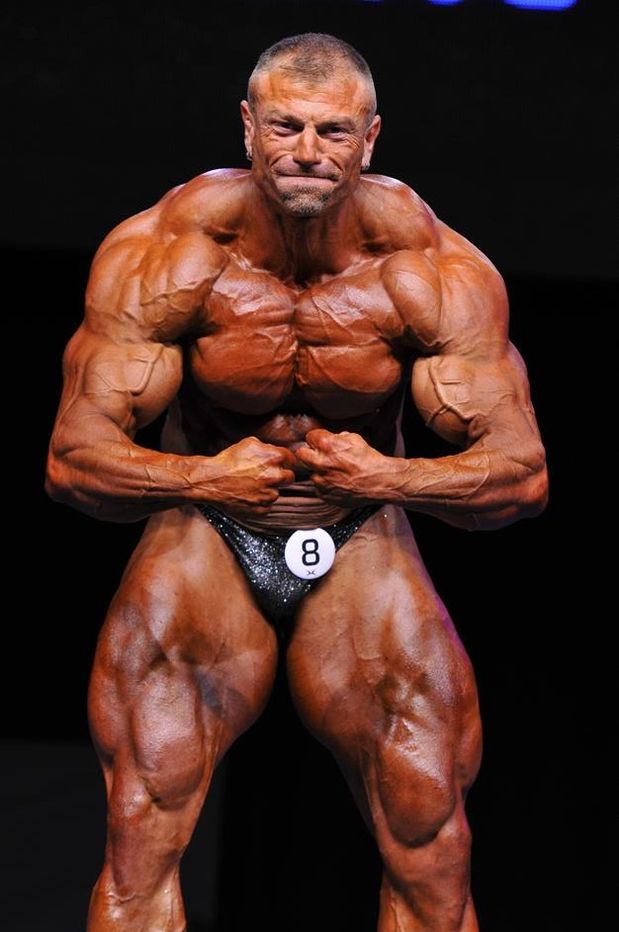 Czech Republic’s biggest and heaviest professional bodybuilder Dalibor Hajek is scheduled to contest EVLS Prague Pro’s OPEN division in men’s bodybuilding on October 4, 2014. He aims to come even bigger, more shredded and refined than during his debut one year ago when he placed 9th overall.

“I am really excited to come back on stage in this thrilling show only two weeks after the Olympia Weekend and compete against the world’s very best pro bodybuilders. I hear that virtually top heavyweights are to come, so to place around or even in top 10 will be a top honor and major challenge. On the other hand, that is what we live for,” stated Hajek, who is already in full preparation for this show.

He then added: “I would still like to do one or two more shows following Prague Pro. Perhaps I will have an opportunity to travel to Asia or USA to complete my 2014 mission. I really to time to put on more quality mass and be able to present myself all-improved for this year. It is a must especially when you see the others moving forward.”

Hajek hails from Brno, but enjoys at least one or even two workouts in Prague almost every week. He was seen to guest-pose during Olympia Amateur Europe 2014 in the Tipsport Arena earlier in June. “It was hard for me to come on stage in the midst of my preparation without any refined physique as I am used to come out well conditioned, but it was great to see the fans and let them know I would be back on 4th of October, this time in top form,” Hajek concluded with a modest smile.