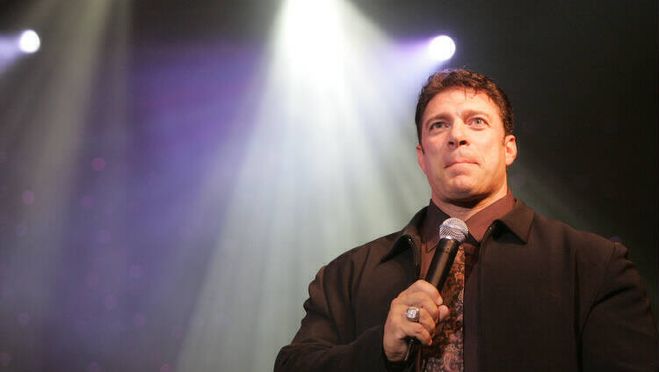 Despite Bob Cicherillo’s busy schedule, he has answered the following questions and confirmed to announce 2014 EVLS Prague Pro only two weeks after the 50th Anniversary Mr. Olympia in Las Vegas. “I expect to have a great time and great show in Prague,” he says.

How many times did you go to Europe and which countries?
I’ve only been to Europe a few times. Russia in 91, Germany for FIBO… And of course the Prague Pro to come in October!!

Have you visited Czech Republic before?
No, this will be my first time…

What do you expect of this year’s Prague Pro contest?
I am friends with all the judges that have gone the past few years and every one of them have nothing but great experiences going there, so I expect to have a great time and a great show.

You will emcee 50th Olympia contest in history two weeks earlier. What and how special will this be to you?
It’s the biggest show of my life. It is a once in a lifetime event that will be covered worldwide and on NBC Sports in the states. My only regret is that Joe Weider won’t be there with us, but be assured Robin Chang and all of us will make Joe proud and bring the most exciting Olympia in history to the fans!

You have been fortunate to have met virtually all bodybuilding’s celebrities of modern era. Which three left the biggest impressions on you?
Well, that is a tough one. Certainly Joe Weider, Arnold, and Lou Ferrigno.

Which contests did you like most when still competing and which moments of your competitive career do you like to remember?
The moment I finally won the 2000 USA will always be at the top, placing 2nd at the 02 SW PRO (today’s Dallas Pro) and qualifying for my first Olympia, runner up at the 2002 NOC, the 2002 Olympia, and my last show which I won, 2006 Masters World Championships.