The crazy week continues in the world of bodybuilding, 2018 Mr. Olympia charged for rape and William Bonac leaves his coach Neil Hill weeks before the 2019 Olympia.

What more can happen?

It has been confirmed, the EVLS Prague Pro Show, one of the biggest shows in Europe organized by the NPC/Pro League has been cancelled.

This news comes just a weeks after Shawn Rhoden was charged with rape and banned from competing at the 2019 Olympia Weekend.

No reason has been made regarding the cancellation and a date has already been made for 2020.

This was one of the biggest shows after the Arnold Classic Europe before the IFBB suspended the NPC/Pro League at the end of 2017.

Athletes used to compete at this show a week after the Arnold Classic Europe.

It was a short flight and a great chance to secure qualification for the Olympia that takes place the following year.

Now, after the split, NPC/Pro League athletes cannot compete at the IFBB sanctioned Arnold Classic Europe and this means the majority of athletes from the USA don’t make the trip to Europe to compete at this event.

This is another major blow to the NPC/Pro League and President Jim Manion.

It seems, the expansion of the NPC/Pro League (NPC Worldwide) is a bigger task than expected when organizing competitions in Europe and other parts of the world.

Ticket sales will surely suffer if the major stars do not make the trip to Europe. With a majority of them from the USA, making such a long trip after the Olympia is not a top priority for them.

Before 2017, since the NPC/Pro League athletes were invited to the Arnold Classic Europe, they only had to pay for a cheap flight from Barcelona to Prague.

The 2019 EVLS Prague Pro Show also had a number of big stars booked for seminars. 4X Mr. Olympia Jay Cutler, 6X Mr. Olympia Dorian Yates, 2018 Mr. Olympia Shawn Rhoden and Kevin Levrone are some of the stars that were scheduled to make the trip.

When the news of the cancellation was published on social media just a few days ago, already fans are making it known that they already purchased flight tickets to the show.

This is not the first time a show was cancelled this season withing the NPC/Pro League, just a few months ago a show in France was cancelled just a few hours before. Athletes found out the news when they were at the airport waiting for their flights. 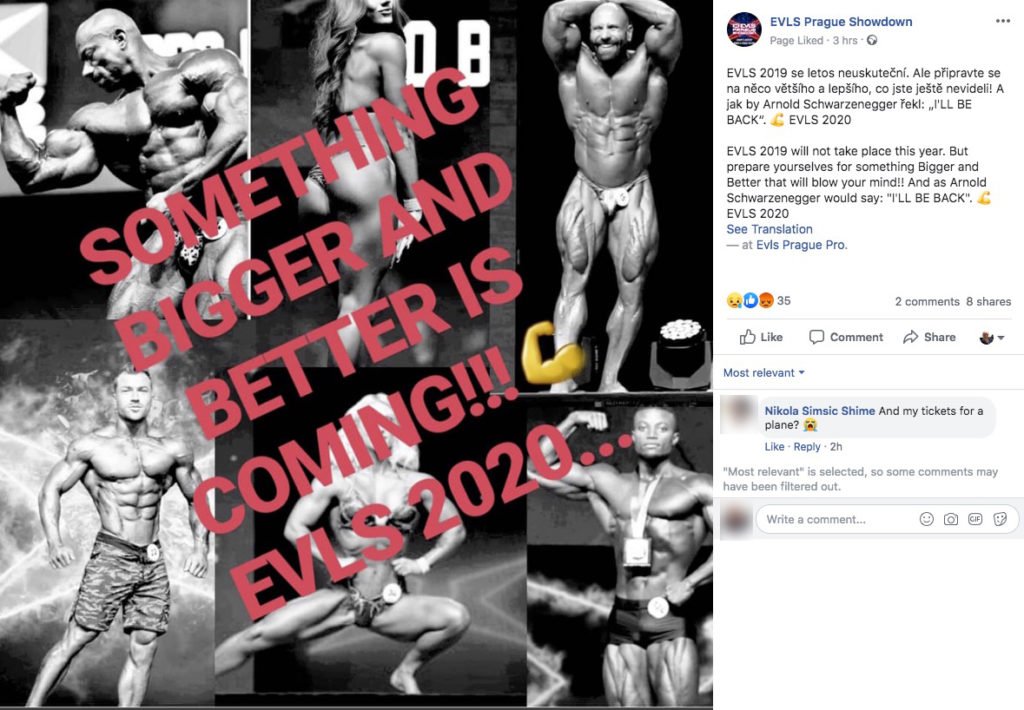 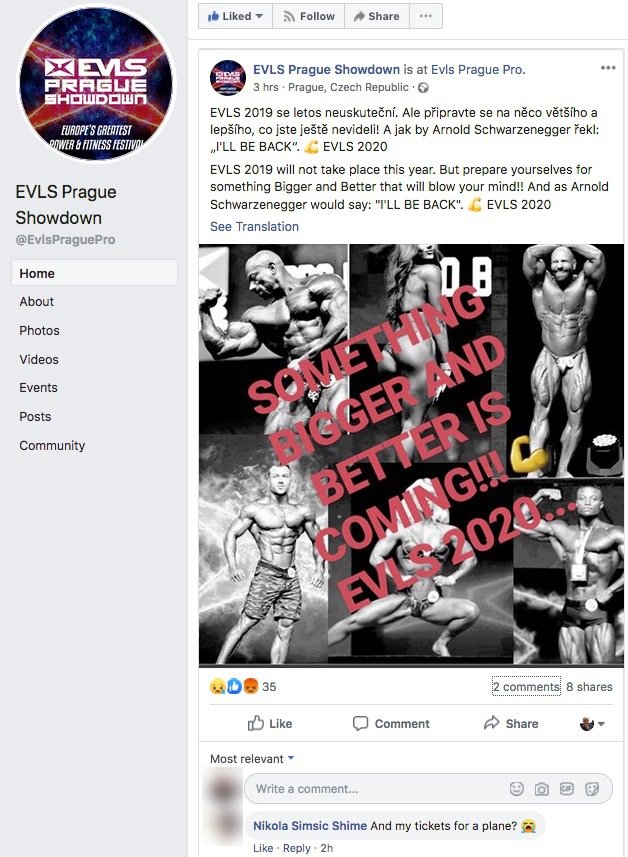