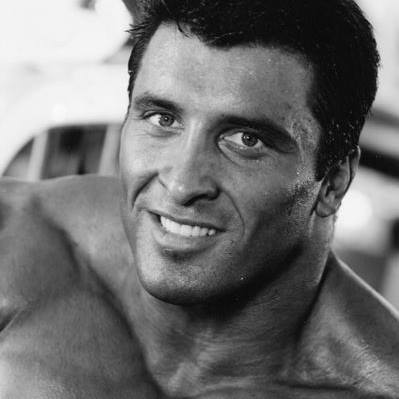 In light of possible suspension of first runner up Kai Greene from this years Mr Olympia competition I was asked about my take on who is going to win the title now when biggest threat to Phil Heath will (more then likely) not step his foot on that stage.

Well, I already expressed my opinion (online) that I truly believe Big Rami (Mamdouh Elssbiay from Kuwait) can pull the upset and win the title.

Why do I say that? I remember when Ronnie Coleman (who placed 9th year before) surprised everyone at the 1998 Mr Olympia and pulled the biggest upset in history of that competition. He was simply overwhelming for everyone else and even though he was only 8th man to be called out in prejudging (comparisons) – he worked his way up during a prejudging and finished first! And let’s not forget the line up Ronnie was up against: absolutely phenomenal Flex Wheeler, incredible Nasser El Sonbaty, bodybuilding legends like Kevin Levrone, Shawn Ray, Chris Cormier, Paul Dillet and others…Nobody was even counting on Ronnie to be top contender, let alone to take the title…but he showed up ready and changed his life forever (and history of Mr. Olympia competition winning 8 consecutive Mr Olympia titles in a row).

Rami, like Ronnie is very unique in sense that he is a “beautiful freak” (read: absolutely freaky or truly monstrous muscle mass, but also having great shape, great lines, proportions, symmetry…etc, and if his conditioning is out of this world – like Ronnie’s was back in 1998 – he can beat the champ and everyone else – pose for pose).

Fact that Rami didn’t show up in incredible condition just yet in any of his IFBB professional outings so far might actually now work in his favor and I expect nothing less from both – Rami and his coach (George). Sliced and diced Rami will be a sight to see.

However, that is just my pick if I consider what I believe will happen…If the question is who I like the best (?) – I would have easily another 5 guys whom I believe can take that title this Saturday.

Obviously – our champ (Phil Heath) is just incredible and he is going to be very hard to beat…I hope he learned his lesson from his last years showing and that he will bring Mr. Olympia championship conditioning on the stage this time around. 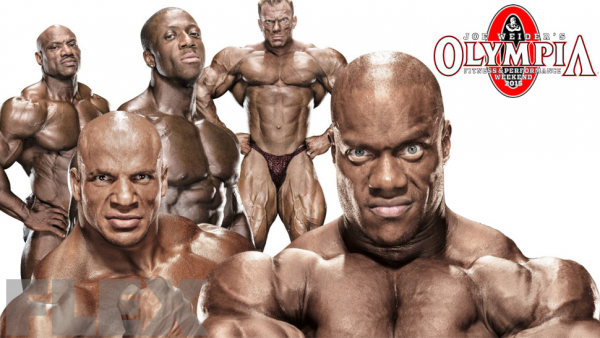 Dennis Wolf is also in running and rightfully very much considered to be top contender for the title. I prepared him for 2007 Mr. Olympia, which I thought he deserved to win (with all due respect to other great champions I believe if he was given the title that year nobody would complain). Ever since then people are waiting for Dennis to show up looking sensational and he has managed to achieve that look several times last year so I expect to see Dennis at his all time best (which will be impossible to ignore).

Shawn Rhoden is another guy that has Mr. Olympia title written all over him and if he peaks perfectly he will create illusion of that incredible combination of shape and size and truly match Phil’s look…Like Shawn Ray back in a day, this Shawn can also mess up plans of many top contenders who are much bigger then him. I hope he brings it.

What to say about Dexter Jackson, 2008 Mr Olympia? This man is the most inspirational athlete/bodybuilder of our times and I am sure he plans to surprise everyone on that stage this weekend and take back his title he once won.

Can he do it? I absolutely believe so – as he is not just maintaining his level of excellence (at his age) but actually still improving from show to show and The Blade (nickname he rightfully earned as always being razor sharp) just needs to bring that crazy level of conditioning he is known for. Dexter is just flawless.

Cedric McMillan is another guy who can pull the upset, but it all depends which Cedric will show up. If he is in top condition his qualities will shine bright enough that no judge could possibly overlook him (this time around, contrary to AC earlier this year when many people, Arnold included, saw him as a clear winner). He is every bodybuilders bodybuilder as he does have that look all of us appreciate and respect so much – beautifully put together shredded beef that just flows perfectly.

Standing alone Cedric is just phenomenal, but he is stepping on the stage with absolutely the best in the world and I just hope that judges would give him a fair chance to stand next to top guys and give him the opportunity to fight and earn his placing.

Now, as I love “underdogs” in every sport (and life in general) I always hope that some of the other competitors will bring their absolute best on the stage and truly shock the world…

Just ask Branch if he is done and I am sure you’ll get the answer very fast…and so is with everybody else. This is Mr. O (Sparta) – no retreat, no surrender …let the best man win!