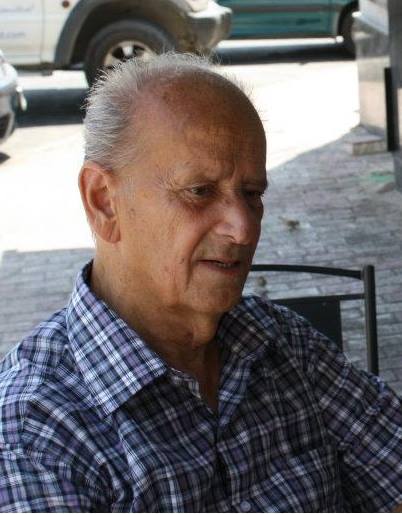 This morning we heard the sad news that Ron Parnis, a legend in the bodybuilding scene in Canada has passed away. Ron was one of the first to open a gym in the Toronto area in 1952 and it can be said it has become a landmark in the history of Canadian bodybuilding.

This was a message left by his brother:

My dear brother Ron passed away last Sunday. Ron who lived in Canada for 60 years was well known for his innovative designs of gym equipment for his gyms known as Ron’s Gyms. He was also well known among the Maltese Community of Toronto.

Inducted in the Canadian Hall of Fame on April 21, 2006, the plaque reads,

‘Pro Fitness Alliance, Presents this Lifetime Achievement Award to Ron Parnis for his outstanding contribution and dedication to the Canadian Fitness Industry’.

Few people know about the exploits and zealous efforts by many  compatriots of the first generation who left the island of Malta and all for a better life.  Ron Parnis is a classical self-made man, who left Malta with just basic education.  But what shines most was his determination to literally start from scratch in a foreign land and pioneer one of the earliest Gymnasiums in Canada at Keele Street and Dundas in Toronto (known as the Junction) in 1952, styled as Ron’s Gym Ltd. This area is well-known because of the slaughterhouses concentrated in there which employed many Maltese in the meat industry and also in the railroads. Ron lived in Toronto and most Maltese lived in the area of Dundas, Runnymede, St. Clair and Keele Street. There are also Maltese clubs in these places such as the Melita Soccer Club and the Maltese/Canadian Society for which Ron helped organise the first Miss Malta pageant in Canada in 1962.

Added to this, Ron managed, through his observation skills and inventiveness to modify the crude gym equipment of the early 1950s, turning them into the most modern and professional pieces. Ron never had his inventions patented or registered because at the time, registration was at a fee of 1,000 Canadian dollars, which was a large sum of money and having more than 200 inventions, he scrapped the idea because of the cost involved.  He was also told that if another inventor modified up to 20 per cent over what Ron had re-designed then he would also lose his patent rights. The designs of Ron’s gym equipment were also imported to other countries, as was the case when an Italian businessman visited his gym and saw the designs. He was subsequently asked to go to Rome for a business trip in order that Ron would provide professional advice.

One might ask how this love for gyms and gym equipment started.  During his childhood and teenage days in Malta, Ron would stay in the back yard of his home constructing weights from scrap iron pipes and blocks of cement and exercising on same.  In contrast, he remembers his friends playing in the street and grumbling about lack of job opportunities.

These early signs of entrepreneurship qualities would later serve him to start his own gym business and improve greatly the rudimentary gym equipment of the time.

Life was initially  hard for Ron on arriving in Toronto and he slept outside for nine days and had to suffer the pangs for hunger for another six.

Ron’s first job in Canada was with the famous large Canadian sports company, C.C.M renowned for its bicycles.  This company also specialised in sports equipment such as hockey helmets and hockey pads and of course, gym equipment.  Ron had asked to start working night shift (from 12 to 8 in the morning, also known as the graveyard shift) and this gave him the opportunity to take home discarded pieces of gym equipment, which he later  modified and improved  in a garage.  These experiments lay the foundation stone for a series of modifications for more user-friendly, steady, safe, space-saving and comfortable to use equipment. His garage quickly turned into a make-shift gym and people were joining Ron to train with him and in the process he could monitor them and re-adjust accordingly.

Ron was also instructor and trainer at his gym which he opened in 1952 and this gave him the opportunity to meet and assist Canadian celebrities such as the black singer Eartha Kit, the famous sprinter Ben Johnson, the actor Robert Downey (Jnr) famous for his interpretation of Charles Chaplin in the movie with the title, ‘Chaplin’ and who also interpreted the Sherlock Holmes character.

Ron happens to be the brother of Tony Parnis, TV director and producer who also lived in Canada from 1962 and returned to the island of Malta in 1984 to work with Malta’s National TV station.

Another prestigious award was  the Bodybuilding Exhibition Award, Sponsored by the Muscle Magazine in 1987.

For the period 1976-1986, the CAFBB and the IFBB which are the world’s international bodies for body-building presented Ron with the outstanding Gym Award.

Ron was also honoured in November 1987 by the then Malta Prime Minister Eddie Fenech Adami who visited Canada for his contributions in commerce. On December 18, 1990, Ron was awarded the Certificate of Appreciation by the Ten International Productions of Ontario for his outstanding contribution to Bodybuilding in Ontario.

Ron’s gym was situated near the 12th Division Police Station in Ontario and he trained the police officers stationed there. The Canadian police acknowledged Ron’s gym as sponsor and supporter of Law Enforcement Officers in Canada in 1985.

Another award was granted to Ron Parnis on November 27, 1982 by the Maltese Canadian Society of Toronto, Ontario (founded in 1922) with a Life Membership of the Society for the outstanding achievements towards this Society.

The remarkable achievements of Ron that have made Malta and Canada proud still live on and the business that Ron set up is still run by his son in Canada.

Ron Parnis will be missed. RIP