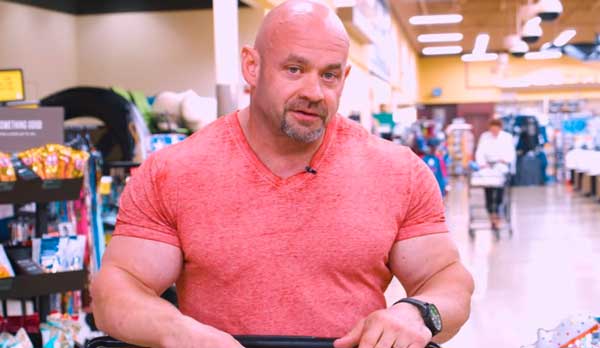 Branch Warren is one of the most hardcore bodybuilders in modern times.

Branch has won numerous prestigious titles such as the Arnold Classic in 2011 and 2012 and as well placing second at the Mr. Olympia in 2009.

During Branch Warren’s career, we have been flooded with training footage of Branch throwing the weights around with his training partner Johnnie Jackson.

Branch has retired from the bodybuilding stage to focus on his family and business.

Muscle & Strength caught up with Branch and followed him while he was doing his grocery shopping with his young daughter.

Even though he is retired from competition, Branch is still in great shape and watches what he eats by focusing on fish and meat.

Branch did reveal that he used to spend approximately $4,000 per month on food when he was competing on a regular basis.

As well, we found out Branch loves sushi. He also revealed he used to spend $2,000 per month on sushi alone.