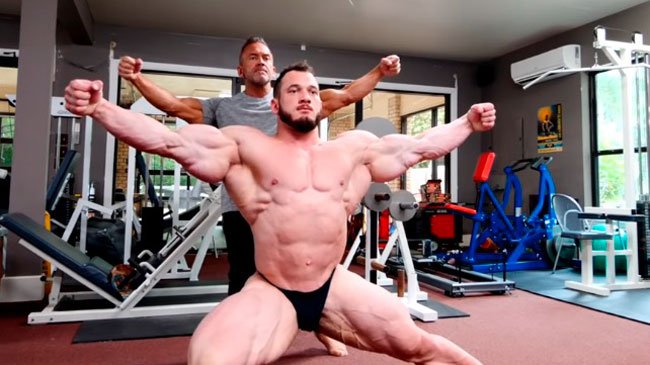 The Labrada name is already cemented in the history of bodybuilding and especially the Mr. Olympia.

Bodybuilding legend, Lee Labrada is one of the best bodybuilders to ever grace the bodybuilding stage.

Dominating the sport in the late eighties and 90’s. Lee Labrada was the modern day ‘Giant Killer’, defeating athletes twice his size.

Lee came very close to winning the Mr. Olympia on a number of occasions, but he was unfortunately edged out by the bigger Lee Haney.

Fast forward to 2020, we now have Lee’s son Hunter Labrada preparing for his Mr. Olympia debut.

Hunter is determined to get a good result at his Olympia debut.

Hunter is not only representing himself, but he is representing a historic name in the sport of bodybuilding.

This does not mean Hunter is expecting any favors, in fact, the task is much more difficult since he wants to build his own legacy.

While Hunter is determined to do things on his own terms, having Lee Labrada in his corner, can only help him achieve better results.

The video series has excellent training footage and as well numerous features with Lee and Hunter discussing their daily routines.

Evolutionofbodybuilding.net will feature each episode.

In this video, you’ll join Hunter Labrada as he begins his prep for his 2020 Mr.Olympia debut. Join Hunter, training partner Bryan Trionello and their gym crew for a tough chest workout at Destination Dallas gym, and hardcore back workout at the legendary Metro Flex Arlington Gym. It’s 14 weeks and counting down to the Mr. Olympia!

In Episode 2, you’ll join Hunter Labrada as he continues to prep for his 2020 Mr.Olympia debut. Join Hunter, training partner Bryan Trionello along with IFBB Pros Brett Wilkin and Martin Fitzwater for what they call “Meathead Summer Camp” as they attack their chest, shoulders, and back workouts. Includes candid interviews. It’s getting closer to the Mr. Olympia. The countdown is ON!

In Episode 3 you’ll join Hunter Labrada as he continues to prep for his 2020 Mr.Olympia debut. Join Hunter, along with IFBB Pro Martin Fitzwater as they destroy hamstrings in the gym! It’s getting closer to the Mr. Olympia. It’s Go-Time!

Episode 4 – Get the inside scoop from Hunter and Lee Labrada as it gets closer to Hunter’s Olympia debut. Join Hunter for an Arm Day & Push Day workout in Dallas! Also, be with the Labradas for Thanksgiving!

IFBB Pro Hunter Labrada looks amazing as he enters the final weeks of his prep for his Mr.Olympia debut. Get an inside look as Hunter and his father Lee Labrada talk candidly about the challenges of being an Olympian-level bodybuilder. Watch posing scenes, brutal workouts, interviews, and more! It’s 2 weeks and counting down to the 2020 Mr. Olympia in Orlando!

With only days left before the Olympia, IFBB Pro Hunter Labrada shares his thoughts heading into the final week. Get an inside look as Hunter prepares the last 2 days before flying out to Orlando and speaks candidly about the challenges of being an Olympian-level bodybuilder. Watch the last posing practice with Lee Labrada before the 2020 Mr. Olympia in Orlando!

Come along for the ride with IFBB Pro Hunter Labrada during the last 48 hours before the 2020 Mr. Olympia. Join Hunter, training partner Bryan, the Labrada team, and family as the anticipation mounts. Be an insider, enjoying all of the behind-the-scenes action as Hunter counts down to his Olympia debut! 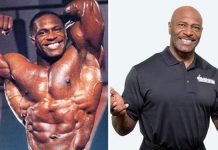