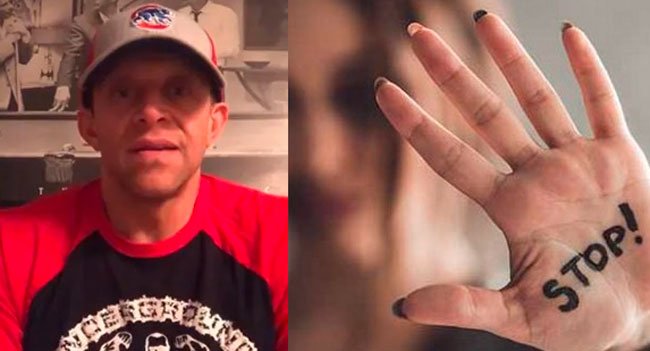 In January, Evolutionofbodybuilding.net published an article revealing the serious allegations against Mandus Buckle.

Nick Trigili, had published a video on YouTube revealing that Mandus Buckle aka Hermandus Buckle has been allegedly kicked out of the NPC/Pro League, due to serious allegations related to female athletes.

It seems that these allegations have fallen on deaf ears as Mandus is back to promoting NPC/Pro League events on his social media.

Having people doing such acts to female or male athletes at major competitions is very dangerous and can result in somebody getting seriously hurt physically and mentally.

Sources very close to Evolutionofbodybuilding.net have also confirmed that a number of female athletes and gym attendees complained to gym owners about Mandus in the past, but unfortunately no action was taken in the past.

It has now been confirmed that Mandus has been kicked out of the two gyms he usually attends with his clients and to train due to the allegations against him.

Many believe the reason for gym owners taking so long to remove Mandus from their premises is because he used to generate good business for them.

As everything seemed to come to a halt, two brave female athletes recently revealed the truth about Mandus, during an interview on the YouTube channel Leo and Longevity.

Sami and Tara revealed every detail of their horrible experience with Mandus.

With Sami and Tara leading the way, hopefully more athletes will come forward to expose the wrong doings of a number of people in the industry.

Taking advantage of an athlete by promising them success or winning a contest is wrong.

These athletes end up being scared for life just because a trainer or coach wants to satisfy his or her needs.

‘Predatory Coaching’ is the perfect title for this video and this is exactly what the people that do these horrible acts are.

If you want to tell us your story, please contact us on evolutionofbodybuilding@gmail.com.

All information provided will be kept confidential. We will not disclose your personal information to a third party.