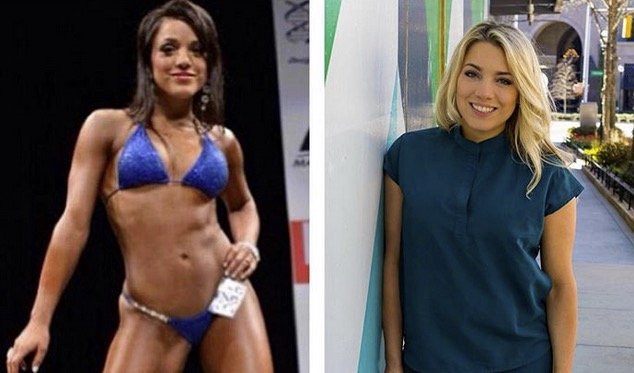 A number of female doctors are rebelling after a survey indicated that it is ‘unprofessional’ for them to post themselves wearing bikini’s on their social media.

A number of bikini athletes who are also doctors that compete in various federations were not impressed with this survey.

The survey was published on 25 December, 2019. The user had to pay a fee to read the results, but now, after more than a year, the results are free to view.

A study quietly published months ago, that called female doctors “provocative,” “unprofessional,” and “inappropriate” for posting bikini photos on their social media, is regaining attention and causing a stir on Twitter and Instagram.

The Journal of Vascular Surgery, looked at the social media accounts of 480 recent vascular-surgery graduates between 2016 and 2018.

The researchers actually went to the extreme to creat fake social media profiles to view each person’s personal photos. They determined that 61 of the 235 medical residents they studied had “unprofessional or potentially unprofessional content,” which they defined as: drinking alcohol, using profane language, and wearing Halloween costumes, and sharing bikini photos.

Late Thursday, medics began sharing the seven-months-old findings, saying the research is “shaming” women doctors and exposing sexism within the industry. Soon, the hashtag #MedBikini started taking off, with medics posting bikini selfies, along with details of their credentials and accomplishments.

Evolutionofbodybuilding.net condone these type of survey’s. It is the right to any female or male doctor to do whatever they like on their private time away from work. It is their right to show off their body after dedicating their life to sculpting it at the gym.

What is next? Not letting a female doctor compete at a bodybuilding and fitness contest!!

Surely we won’t be hearing the end of this and we can expect more female doctors fighting for their right to do whatever they please.

Checkout #medbikini or #medbikinis on Instagram to view all the posts from female doctors.

The survey in full:

It has been demonstrated that publicly available social media content may affect patient choice of physician, hospital, and medical facility. Furthermore, such content has the potential to affect professional reputation among peers and employers. Our goal was to evaluate the extent of unprofessional social media content among recent vascular surgery fellows and residents.

Couple of “unprofessional” obstetrician gynecologists right here – but only one of us has been called “sweetie, kiddo, and/or hunny” in front of patients #MedBikini pic.twitter.com/p9Jf3iTBxC

So sorry that my bikini offends all the professionalism police out there!!! #MedBikini #MedTwitter pic.twitter.com/MEQOGdorKe

It breaks my heart, but this just shows a peak behind the curtain at how behind and backwards the culture in medicine is. Here’s a picture of me after finishing my leading Research Thesis on Emergency Vehicle Trauma. Doctors are people too #MedBikini pic.twitter.com/A4zrSYEFNo

Crazy to think that youcan save a life AND have a a drink in a bikini outside of work. pic.twitter.com/RAG1USiPFT