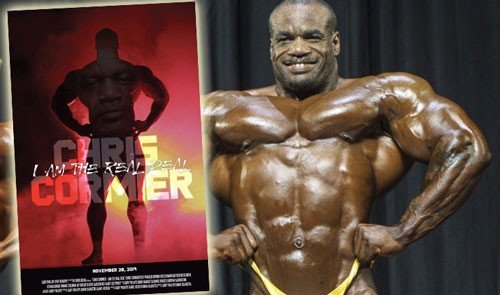 Chris Cormier – I Am The Real Deal, is a film made for the true bodybuilder.

The film touches every aspect of Chris Cormier’s life and the sport of bodybuilding.

Cormier’s closest friends and competitors contributed to this fantastic documentary, reminiscing about the best and lowest times during Cormier’s bodybuilding career.

Chris explains in detail his rise to the top as a professional bodybuilder and the pain he felt in defeat.

Placing second at the Arnold Classic six consecutive times was not handled well by Cormier.

Even though Cormier won numerous competitions, his eye was on the Arnold Classic and not winning that title literally crushed Cormier.

Cormier was also a dominant competitor at the Mr. Olympia, his highest placing was third in 2002.

As many bodybuilding fans just see everything related to the sport from the outside, Chris reveals the reality of the sport and also his darkest moments.

Chris was a party animal, the extreme nightlife and everything related to it almost killed him.

Cormier’s closest friends such as Shawn Ray, Flex Wheeler and Dorian Yates reveal the episodes that lead to the lowest point of his life.

If the drugs didn’t kill him, a severe back injury almost left Cormier paralyzed for life.

From being in a induced coma for over a month and having to learn to walk again, Chris could not accept the fact that he possibly would never be able to compete again.

The film manages to reveal the pain Cormier had to endure. Cormier explains everything in detail in relation to drugs, parties and his severe injuries.

A warrior will always be a warrior and Chris showed this by eventually making his way back to the professional bodybuilding stage.

Chris would then have to face reality and accept he was not the same dominant world class bodybuilder as he was before his back injury and soon after a tricep injury. Competitors that he used to defeat easily were now placing ahead of him.

The future is bright and the film reveals how Chris embraced his new life after professional bodybuilding. Chris eventually gave back to the sport by training the future stars and giving advice to the top professional athletes.

The film manages to capture the true character of Cormier. It is a special moment when an athlete reveals every aspect of his life such as what Cormier did in this film

Chris Cormier is a bodybuilder that competed with the best of the best during what many say was the greatest era in the history of the sport and he will always be remembered for that.

Chris Cormier – I Am The Real Deal, is the real deal!

Evolutionofbodybuilding.net would like to thank hookmedia.com.au for giving us the opportunity to review this fantastic film.

About the Film Makers:

Originally from the UK, Gary is one of the most respected and renowned bodybuilding photographers in the industry, having covered every major show for the past three decades.

A former bodybuilding magazine editor and filmmaker, Davin knows both worlds very well. He directed the documentary Fat and Back about a personal trainer who deliberately put on weight to understand his clients better, which was sold internationally into more than 20 markets. He also founded the media production business Hook Media, with whom he created the bodybuilding docu-series Gains, following Australian IFBB pro Josh Lenartowicz, among other fitness media products. 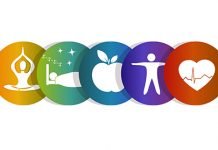 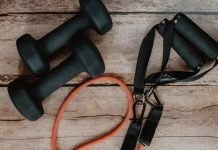