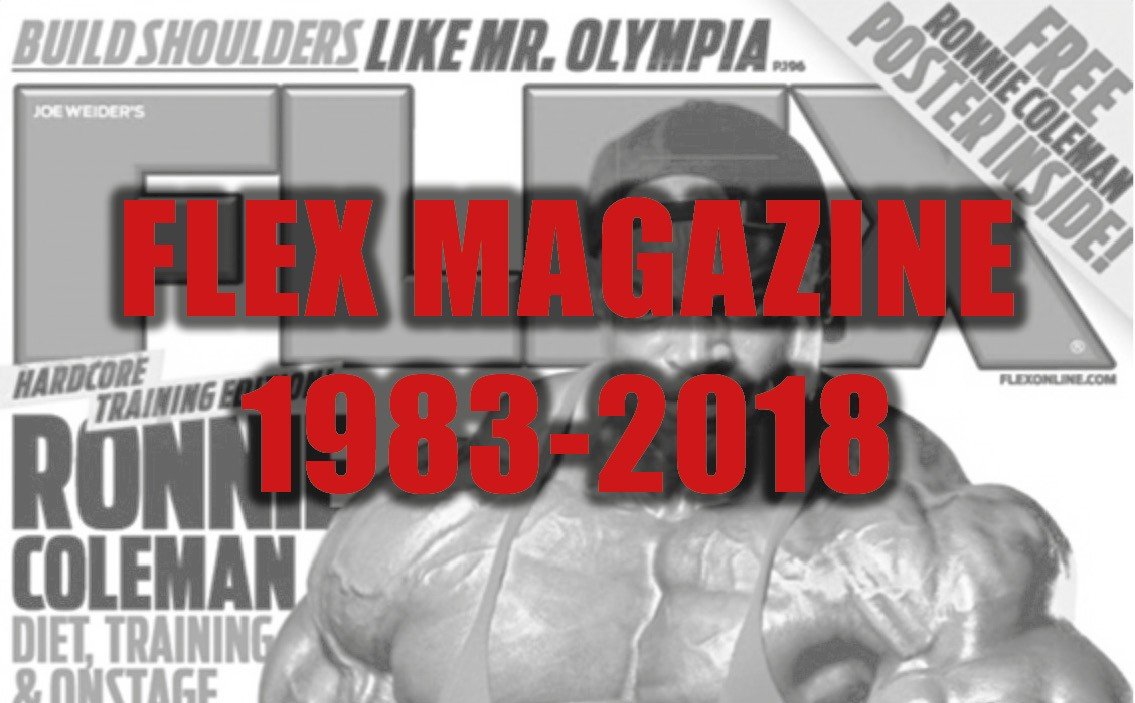 Big news in the bodybuilding and fitness industry. FLEX Magazine, the popular hardcore bodybuilding magazine is going to stop being published after 35 years. The final edition will be April 2018.

A letter was sent to subscribers stating that the magazine will end publication in April 2018 and then in May it will be merging with Muscle & Fitness.

This will surely come to a blow for a number of bodybuilding fans that liked to read about the sport.

The magazine was founded in 1983 by Joe Weider and the first edition was published on April, 1983 with Chris Dickerson on the cover.

AMI are also owners of the Mr. Olympia Weekend.

The letter that was sent to subscribers in full:

Thank you for being a subscriber to Flex Magazine. We hope you have enjoyed each issue. Effective with the May issue, Flex will no longer be published. You last issue will be the April issue. However, the good news is that Flex is merging with Muscle & Fitness magazine. Starting with the May 2018 issue – and for the remainder of your subscription – you will receive Muscle & Fitness that incorporates Flex content.

Expect the new Muscle & Fitness to include all the tips and workout programs Flex readers and avid bodybuilders crave, as well as the latest training and nutrition trends, expert interviews, gear, and tech needed to train smarter, build muscle, and sculpt your best physique ever.

If you are also a current subscriber to Muscle & Fitness, your subscription will be automatically extended for your remaining copies of Flex.

Look for your first issue in your mailbox in April. 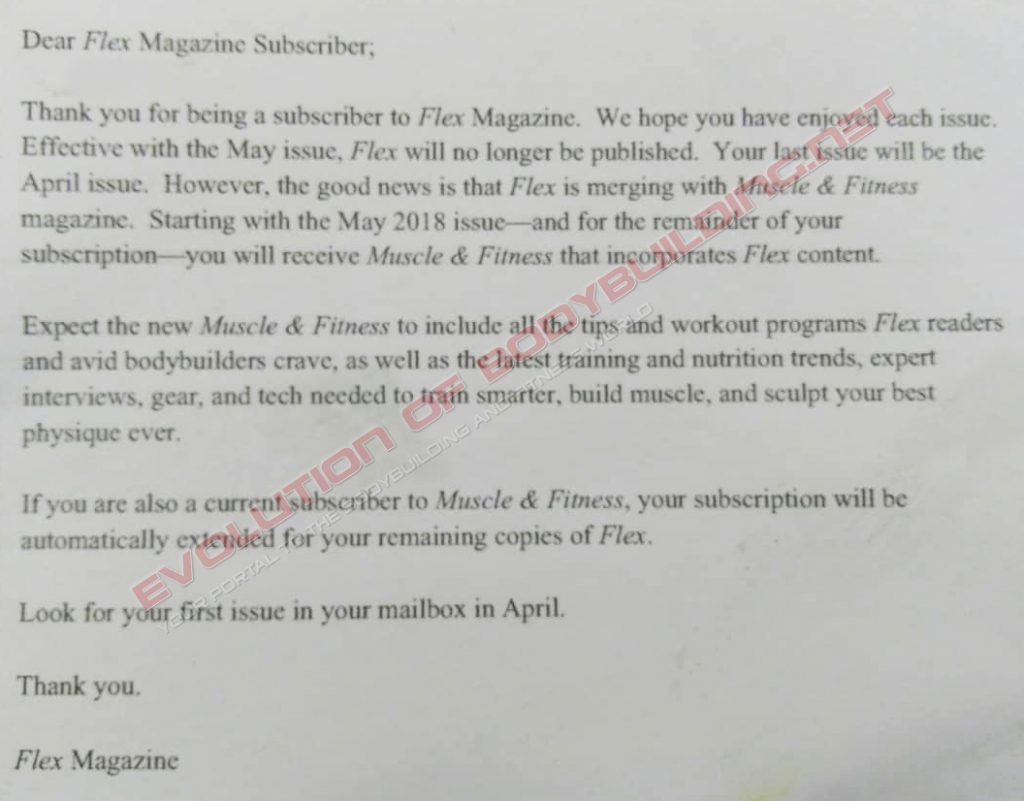 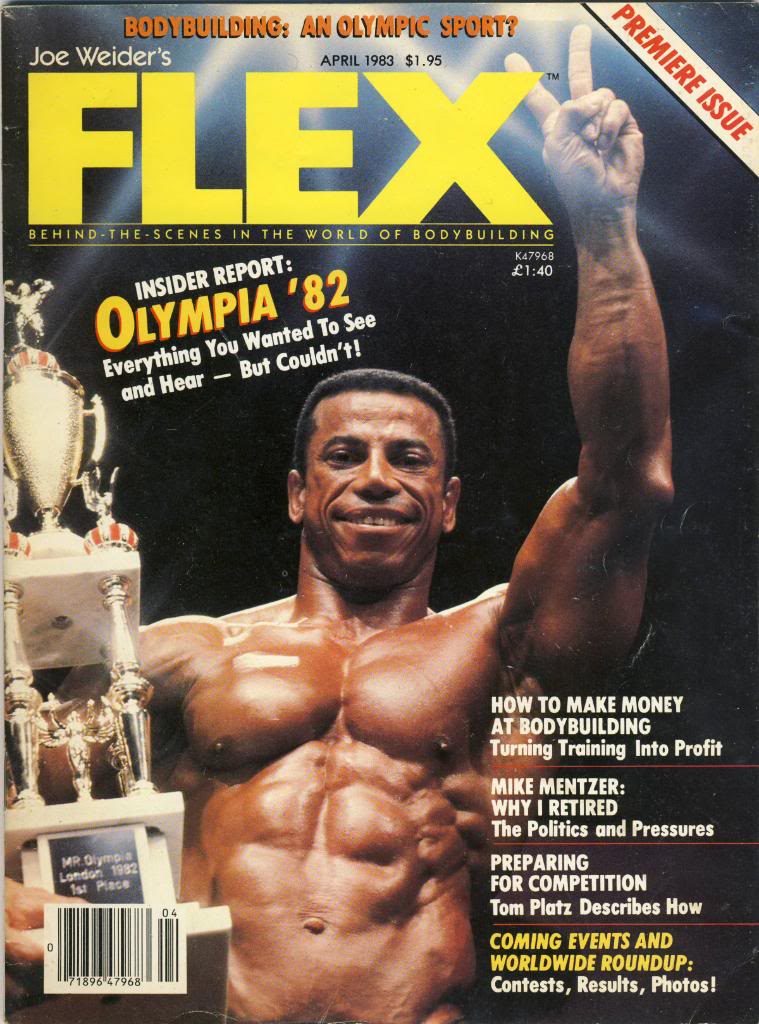 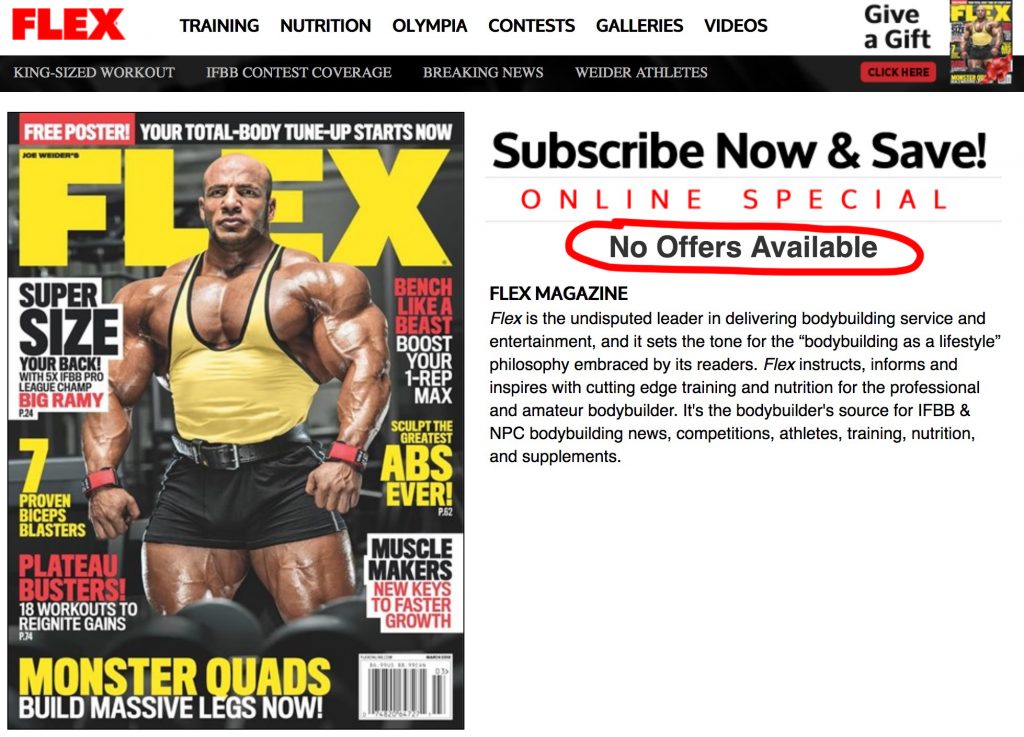