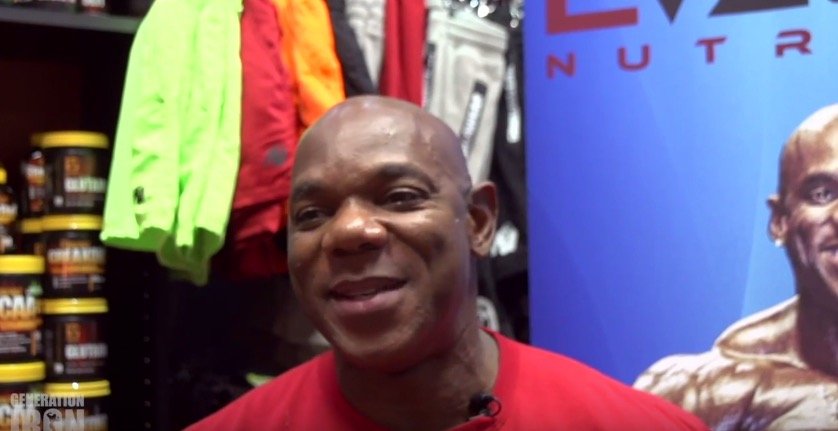 The story created a lot of talk within the bodybuilding world.

Many questions were asked about this. Would it be possible for such a comeback by Flex? Can he do what Kevin Levrone did? and so on.

Our friends from some of the other major websites decided to discuss this story as well after evolutionofbodybuilding.net published it.

Generation Iron released a video interview with Flex Wheeler on Thursday (October 26, 2016) evening and he was asked the big question if a possible return is being planned.

Flex did not deny the fact that a comeback is in the works. He stated that “it will not be after training only 4 months”, referring to what Kevin Levrone did.

Wheeler continued by saying that the option is still open and that after a year of solid training anything possible.

Flex Wheeler said something interesting at the end of the interview, “we will see what happens at the 2017 Mr. Olympia.”

Could this be a new trend from marketing team at Olympia LLC? Will inviting a legend each year be something to look forward to each year?

Flex also confirmed that he has increased his training in the past two months.

Since Levrone returned to the IFBB Pro stage after a 13 year absence, it seems others want to do the same thing as Levrone did but better.

Speaking about Levrone, Flex Wheeler said he was disappointed that Kevin only gave himself only 4-6 months to prepare for the 2016 Olympia and not longer. On Levrone’s next show in 8 months, Flex did admit that Kevin should look much more better.

Shawn Ray was also asked if a comeback is in the works, but he immediately denied it on his show ‘Shawn Ray Unleashed’.

Shawn made it a point to tell his fans that he is happy living the good life and just reporting about bodybuilding and that bodybuilding as a competitor is out of his system.

Whatever Flex Wheeler wants to do, it looks as if will be another exciting year for bodybuilding and especially the media.