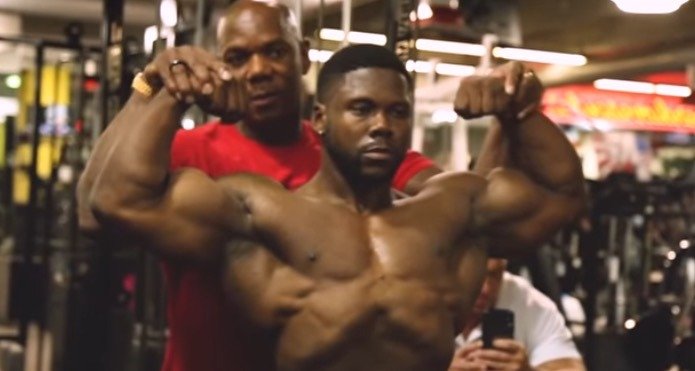 Flex Wheeler is a legend of the sport. He is one of the best bodybuilders to ever step on the bodybuilding stage with perfect proportions and definition.

Any athlete that had the chance to work with a legend such as Flex Wheeler should be lucky consider themselves one of the lucky few.

In the past couple of months, Flex Wheeler was working with one of the best Classic Physique athletes on the pro circuit, Keone Pearson.

Under Flex Wheeler’s watchful eye, Keone placed fourth at the 2019 Arnold Classic and won the 2019 New York Pro Classic Physique division to earn his qualification for the 2019 Olympia Weekend.

Flex also had Black Stone Labs owner PJ Braun working by his side since Keone is sponsored by PJ’s supplement company.

It seems that Flex Wheeler has cut all ties with Keone and PJ.

in a recent post made by Flex Wheeler promoting his coaching services, some footage with himself and Keone was included.

A follower commented saying the two are ‘Magic’, but Flex immediately commented that Keone is on his own now.

It seems that Flex Wheeler has been wanting to talk to PJ for the last two months but no contact was made from PJ’s side.

The reason for the split was not mentioned, but it seems Flex was not happy with certain things.

In one of the posts Flex says “Now I absolutely understand why everyone told me to never get mixed up with you and your company. Getting involved with you two ass clowns was the biggest mistake of the century for me.”

This is proof of how ugly the situation is.

The discussion turned sour when Keone joined in, showing his allegiance to PJ Braun and continuing to taunt the bodybuilding legend.

All this could be about money or simply respect.

There is nothing wrong with Keone deciding to work solely with PJ but when it comes to the knowledge of building a perfect physique and perfecting a posing routine, PJ does not come close to Flex Wheeler.

After all this, the person that will suffer in the end is Keone. Losing the expertise and knowledge of Flex will surely affect Keone’s performances. 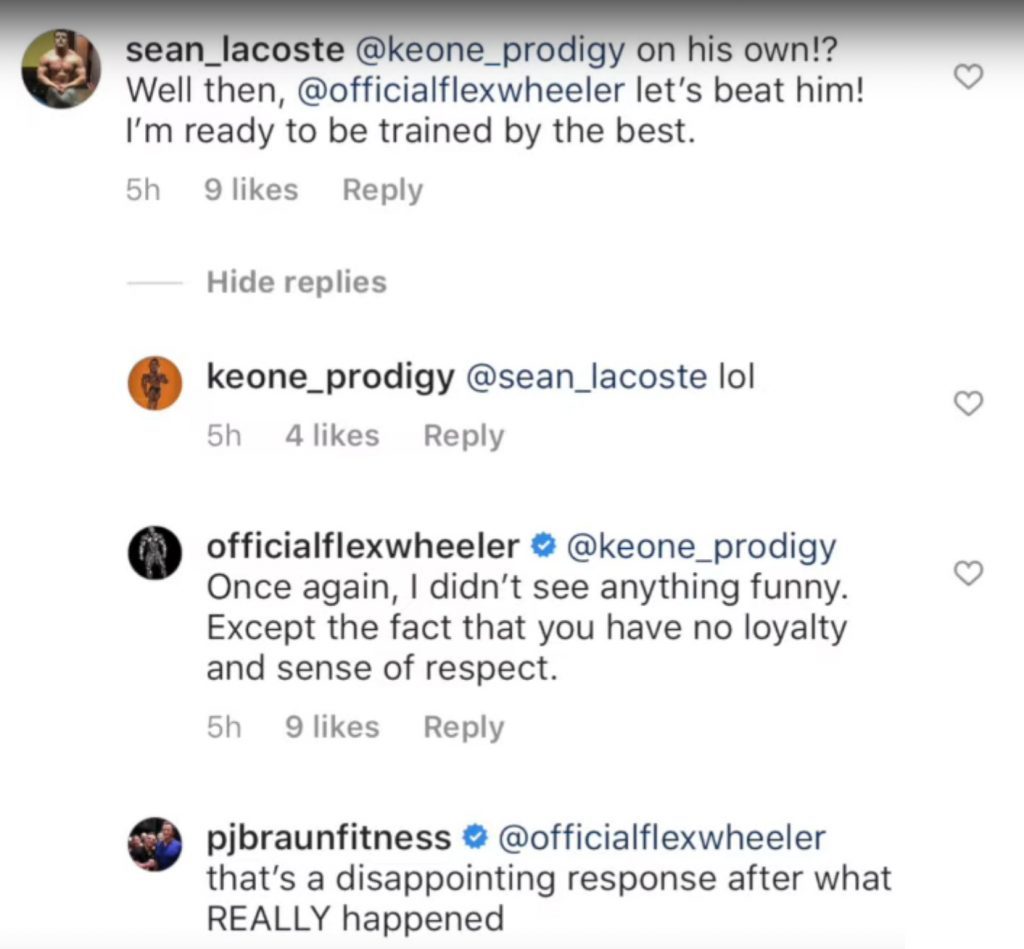 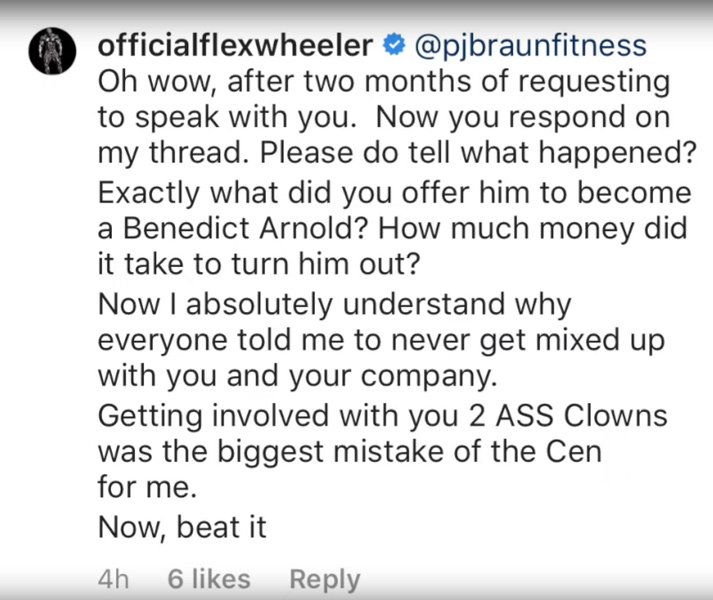 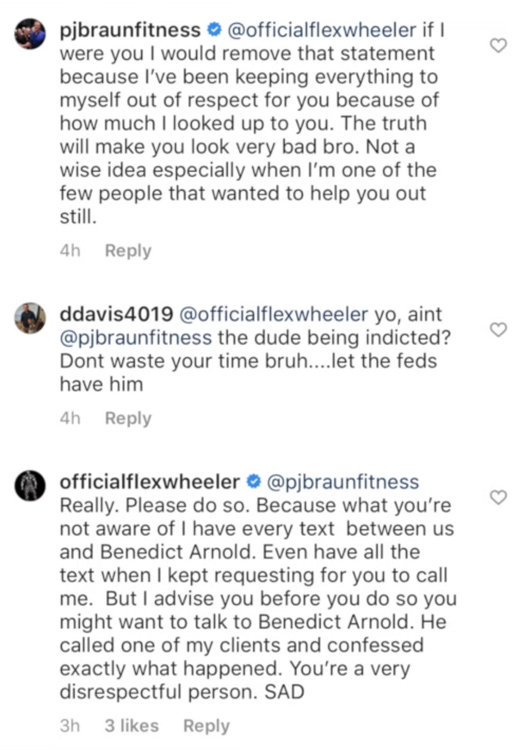 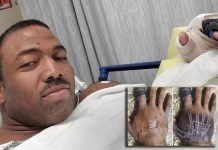