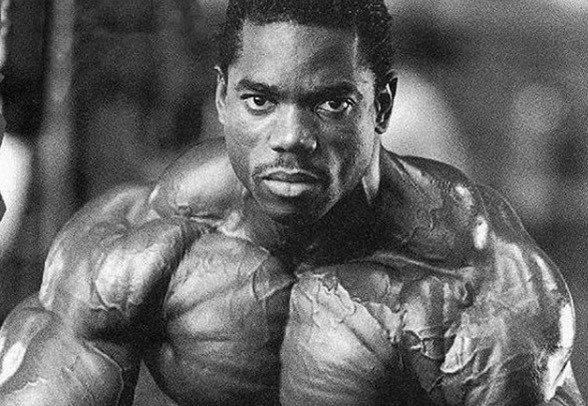 Shocking news has hit the bodybuilding industry again this week.

Bodybuilding legend, Flex Wheeler was rushed to the hospital to have emergency surgery on his right leg due to complications from a collapsed vein.

Evolutionofbodybuilding.net was informed about the surgery last week but refrained from publishing the news.

The news started to make its way to the media by various media and bodybuilding forums.

Flex Wheeler published a press release earlier in the day just prior to publishing this article. (Scroll down to end of article to read)

After what Flex went through, Flex is in good spirits according to our sources.

Even though Flex Wheeler never won the Mr. Olympia title, legends such as Arnold Schwarzenegger are on record saying that Flex was one of the best bodybuilders to ever grace the bodybuilding stage.

Already some disgusting comments have been published on a certain forum regarding Flex Wheeler and what has happened to him. No one should ever wish something like this on anybody. Regardless of what some people think of Flex, he is a legend of the sport and dedicated his life to it. Respect must be given to this legendary champion.

Evolutionofbodybuilding.net believe Flex will get through this as he is a true fighter and we surely believe he will still contribute to the sport of bodybuilding and fitness.

Arnold Schwarzenegger once described “FLEX” as one of the greatest bodybuilders he had ever seen. Ronnie Coleman, who won the Mr. Olympia title 8 times in a row has stated that “FLEX” was the best bodybuilder he competed against.

LAS VEGAS, NEVADA, UNITED STATES, October 24, 2019 /EINPresswire.com/ — LAS VEGAS …………………………………… Kenneth "FLEX" Wheeler, the legendary/iconic professional bodybuilder and 4 time winner of the Arnold Classic, released his first and only "OFFICIAL" statement today pertaining to his emergency surgery last week which required the partial amputation of his right leg. FLEX stated ………………………………… "I would like to thank all of my fans and bodybuilding colleagues for your prayers and support during this difficult time for me and my family. My surgery was required due to escalating circulation difficulties in my right leg that had become life threatening. I am resting comfortably now and have begun my rehabilitation. ………………………………… I would like to thank my superb medical team for my treatment and care. Any and all interviews and or articles relating to my medical condition, procedure(s) and/or current status is speculation and UNAUTHORIZED!!! I will keep all of you updated on my progress, via my social media outlets, with "OFFICIAL" FLEX Wheeler updates. ……………………………….. Kenneth Reaves, Ph.D. FUSE +1 404-523-9177 email us here Visit us on social media: Facebook Twitter LinkedIn