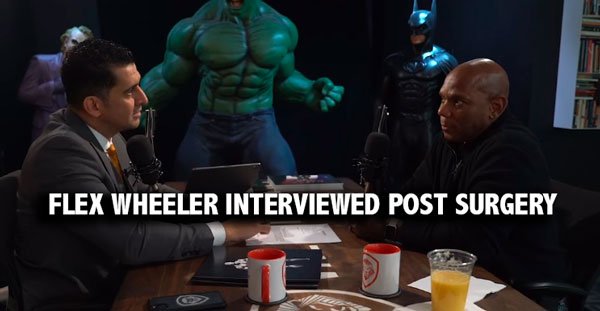 Legendary bodybuilder Flex Wheeler has been through a lot in his life.

From being a bodybuilding champion to having numerous surgeries to save his life, Flex has been through it all.

Flex Wheeler is thankfully back to normal life after having part of his right leg amputated.

Read More: “So it begins… Thank you Jesus… My first step” – Flex Wheeler

Since his surgery, Flex has not officially talked about his ordeal with anybody.

Finally, Flex has opened up about his ordeal and other aspects of his life with Patrick Bet-David.

Flex talks about his life from his childhood, bodybuilding and his ordeal leading up to his surgery.